By Tom Roche
< Back 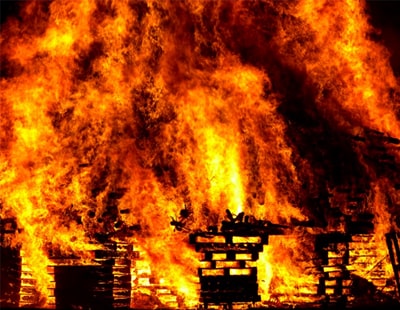 How can effective fire risk management help protect the value of your property investment?

When investing in property, potential ROI or yield will be an important factor in your decision. However, it is becoming increasingly important that investors analyse their acquisition from a physical risk management standpoint and ensure that satisfactory fire risk management systems are in place before parting with their funds.

As the tragic Grenfell Tower fire in June 2017 that cost 72 people their lives demonstrated, the threat of fire is still very real and can cause significant harm to people and our built environment.

Whilst the duty of care that building owners have for the safety of their occupants should have always been obvious, it’s also becoming clear that a loss event can place investments in huge jeopardy if the right loss prevention measures are not in place.

Unfortunately, there is often a misconception that in a loss event, it is just a matter for insurance. This is very rarely the case. Whilst insurers can provide financial support, this can require significant effort from both parties, as large insurance claims are complex to substantiate the damage suffered.

For the affected businesses, focus can quickly be drawn to the process of finding alternative premises, obtaining replacement equipment and maintaining existing operations. This is not to mention the reputational damage caused by a fire. Whilst some customers can be understanding at first, many will see a loss event as negligence on behalf of the property owner and above all, a disruption may mean customers take their business elsewhere.

Fire remains the most severe threat to property. Given the risk that it poses from both a physical and financial standpoint, it is vital that pressure is applied by building owners to the relevant stakeholders, to ensure that building protection measures are in place. This will help protect the value of the building asset in the event of a fire.

They must take a proactive approach to identifying potential vulnerabilities and work with the relevant stakeholders (facility managers, building operators, installers) to ensure that the building, its occupants and its value, are protected.

The good news is that following the Grenfell tragedy, building regulation in the UK is beginning to catch up when it comes to the safety of our built environment. However, regulatory change takes time and property investors need to be proactive when it comes to auditing their own buildings.

The assumption that your building is safe just because it adheres to regulation is not necessarily correct. Regulation is often there to provide the minimum level of protection and is focused on life safety rather than protecting a building and its contents from damage.

Additionally, the UK’s regulation is significantly less stringent than that of our European counterparts. For instance, in the UK, warehouses can be up to 20,000 metres² in size without sprinklers becoming a mandatory requirement.

This is more lax than the majority of other countries in Europe (Germany: 1,800 m², France: 3,000 m² Spain: 2,000 m²). Given that a recent study by the BSA showed that one in five warehouses in England and Wales (approximately 621 premises) will have a fire requiring the attendance of fire fighters over the course of its lifetime, a stricter approach to protecting warehouses would appear sensible.

Instead of adhering to regulation, building owners should be proactive and ask questions like ‘do the physical characteristics of the property make it more vulnerable to fire?’ and ‘does the property have sprinklers installed, and if so are they adequately maintained?’

One major learning from the tragic Grenfell fire was a greater understanding of the risk posed by certain types of aluminium composite material (ACM) cladding. The scale of the fire, and the cladding’s contribution to its spread made headlines and the manufacturer quickly took the product off the market.

Combustible cladding has understandably become a major focus for the government and it recently resulted in a major regulatory change – a ban on combustible cladding was announced by the Housing Secretary James Brokenshire at the Conservative Party Conference in early October 2018.

For many building owners and investors this may sound like a problem solved, but this is not necessarily the case. It’s important to recognise that the ban does not apply retrospectively, or to all building types. In short, care should be taken to understand the construction of any new property as the potential for problems with combustible cladding systems are still present.

These types of property could still be vulnerable, and should be carefully audited by building owners or managers if they are unsure what material is on the exterior of their property and whether it has been suitably tested to demonstrate their performance. As recent events have shown it is important to pay attention to the details.

Earlier in 2018, there were reports of some property owners facing massive devaluations of their properties – one couple reported a devaluation from £600,000 to £90,000 caused by the use of cladding on the buildings (an 85% decrease in value).

Whilst a case this extreme is rare, it shows the importance of using suitably tested materials. The risks associated with certain types of cladding have also raised awareness of the role that fire protection systems, such as sprinklers, can play in protecting a building.

The lack of an adequate fire protection system was most recently highlighted in the commercial arena when Gardman was put up for sale. Much of the blame for this forced sale of the company was placed on the losses suffered in the fire at its Daventry warehouse in March 2018.

How can investors try to protect their property investments?

The best method for investors looking to protect their investments from fire is quite simple – do not allow a major fire to take place. Instead, using technologies such as automatic sprinkler systems can minimise the physical damage a fire can cause, and ensure that any loss to the long-term ROI can be minimised and the asset value protected.

Whilst many will say that sprinklers are too expensive and aren’t cost-effective, this is again a misconception. The cost of installing sprinklers is (broadly speaking) the same as installing carpet in a building – and given the losses prevented by their installation, all investors and owners should be prioritising their usage where appropriate

When discussing sprinklers, it also important to dispel a commonly-held myth – that the sprinklers themselves can cause as much damage as a fire could. No doubt due to the effect of Hollywood (Daniel Craig’s outing as 007 is a good example), many believe that when a fire occurs, all the sprinklers in a building operate – drowning everything of value in water and damaging the property.

This could not be further from the truth; the only sprinklers that activate when a fire occurs are those in the immediate vicinity. These either extinguish the fire, or control its spread until the emergency services are in-place to extinguish it themselves – both are scenarios infinitely more preferable than watching an investment go-up in flames.

Overall, whilst it understandable that good ROI attracts property investors in the first-place, this can only be sustainable in the long term if the property is safe. A potentially high-rate of return can be ruined in a matter of hours by a devastating fire.

By focusing on fire-risk management technologies such as sprinklers, and partnering with experts that can implement safety measures within their buildings, building owners can help to retain and protect the value of their investments for years to come.