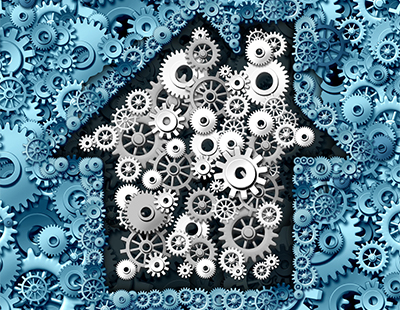 The latest Complex Buy to Let Index, published by Mortgages for Business, has revealed that HMOs produced average yields of 8.9% last year, the highest of all buy-to-let property types.

At the same time, though, this was the first time yields for this type of property dropped below 9% since the index was launched in 2011.

“The attractiveness of HMOs as a buy to let investment has increased in recent years not only because of the higher yields on offer but because serious investors are keener to diversify their portfolios,” Jeni Browne, sales director at Mortgages for Business, said.

“With more landlords vying for these properties, prices have been pushed up more quickly than the rents which, I would suggest, is one of the main reasons we are seeing their yields drop, although, I suspect that the granting of fewer new HMO licences is also having an impact.”

Not far behind HMOs were multi-units, such as blocks of flats, which generated yields of 8.1% in 2017. Again, this was slightly down (from 8.3%) on the year before.

In 2017 the average value of a vanilla buy-to-let property was £305,283, down 19% on 2016's average of £375,409. Such results point to landlords favouring lower value properties and Mortgages for Business believes they have been looking north for cheaper property prices and better yields.

The advantages of this strategy include future capital growth, higher scope for rental increases (and therefore slightly better yields) and less stamp duty.

“Savvy landlords like to have a good mix of properties,” Browne added. “They like the consistency of vanilla BTLs and the higher returns of more complex property types. Although lower than previously, 8.9% is still an excellent return for HMOs, not only when compared to vanilla buy to lets but also other, non-property assets.”

Despite there being no variation in the number of lenders operating in the market in the fourth quarter of 2017, product numbers continued to increase. There has, in fact, been a 444% rise in the number of buy-to-let mortgage products on the market since the index began seven years ago. This massive rise can be attributed to lenders responding to the growing popularity of buy-to-let as an investment avenue and offering a seemingly endless range of products to suit all borrowing requirements and all types of properties.

“Looking forward, it is widely anticipated that buy to let lending will contract this year in response to the tax and regulatory measures being imposed on the sector,” Browne concluded. “As such, I would expect product numbers to peak in Q1 2018 and we have already seen some lenders trimming their ranges, leaving a core of great products which have been designed to reflect the changing needs of landlords."

Opportunity for investors to 'hoover up' BTL property as market reopens ...

Following the reopening of the property market on May 13, a...

There was an average of 839 buy-to-let mortgage products from 31...

Landlords and property investors are changing their approach on how to...