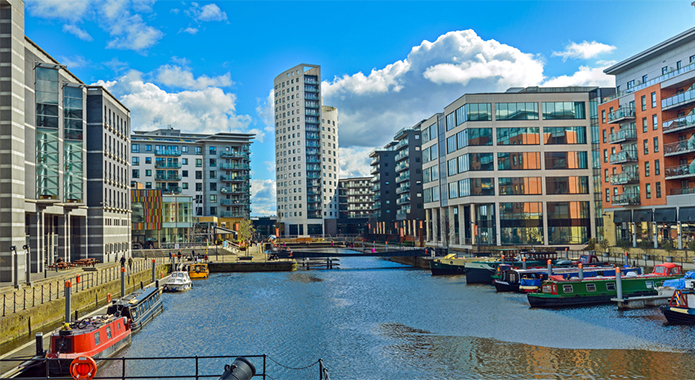 Recent months have seen the UK property market starting to slow down. So what has caused this, and will it change?

Whilst sellers will be less than pleased that the property market in the UK has stagnated, buyers are likely to be celebrating. Land Registry data shows that the growth in house prices in June sat at 5.6% which is down 8% on the same time last year..

Whilst the high value end of the market has attracted a lot of the focus, there is evidence that the changes are not exclusive to London, and a softening is being felt across the whole of the UK.

The EU referendum had an impact on all markets, but property seems to have seen the largest shift. The decision to leave the European Union drove down the number of people moving house, with a fall of 9% in the second half of 2016.

Political uncertainty relating to the economy coupled with wage rates failing to grow impacting on the thinking of many buyers. Many have been worried about higher rates of inflation impacting on household finances, whilst others are concerned with regards to job security and wages.

Whilst low interest rates have been around for some time, the number of mortgage approvals has slid to a seven-month low. This due to changes in lending rules which are designed to prevent buyers overstretching themselves.

Rules which ensure banks can only lend more than 4.5 times the borrower’s salary to 15% of those on their books keeps deposits high, particularly for first-time buyers.

Whilst some predict that we could see an interest rate rise next year, this is likely to create a further drag on house price growth.

The slowdown in the market does not mean that growth has stopped entirely, and industry experts predict that the average UK house price will still continue to grow by 13% in the next four years. This is largely due to a lack of housing stock and an ageing population which will drive demand during that time. With only half the homes we need actually being built, there is a significant discrepancy between supply and demand.

It is expected that 25% of the population will be over 65 by the time we reach 2030, and therefore more people are staying in their homes for longer, causing yet more shortages for those coming into the market.

The government is now starting to shift towards building more rental homes, meaning that the private rental sector is likely to become increasingly buoyant in the next few years.

Whilst it is true is that while house price growth has eased, the UK property market is still buoyant with growth remaining above inflation and low interest rates contributing to high returns on investment. A slowdown does not signify a crisis, but more a change in direction for the market.

The Cardiff student property market is in dire need of PBSA ...

Cardiff may be small, but those who know the city would...

Why is Belfast a great place to invest in property? ...

Decades ago, Belfast was regularly in the news for the wrong...