By Carl Faulds
< Back 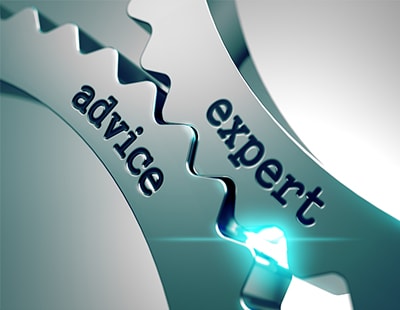 A Company Voluntary Arrangement (CVA) is most simply described as a rescue procedure for insolvent companies. It allows businesses facing severe financial difficulties legally protected breathing space to reach an accommodation with their creditors, usually involving payment of a certain proportion of debts (expressed as a number of pence in the pound).

In some cases, the company’s terms of business with its creditors can change too, with the objective of keeping the company trading. However, this procedure – relatively swift and simple as it is – can have serious consequences for landlords.

Retail landlords generally do not require their tenants to provide security, so they are unsecured creditors if debts begin to mount. This places them in a relatively weak position if a CVA is implemented, and tenants may be able to change some of the terms of their leases, usually to landlords’ detriment. Worse, the landlord’s agreement may not be required before these changes are made.

Tenants usually champion CVAs to their landlords, arguing that they will at least recover some proportion of their debt, whereas with liquidation they might receive nothing.

It is important to remember that CVAs are flexible tools, meaning that tenants could use them to negotiate rent reductions and amendments to lease terms – even the removal of the landlord’s right to forfeit the lease or the elimination of guarantee rights against a solvent parent company or third party.

The latter provision was attempted in the CVA of Powerhouse, though its landlords successfully challenged the proposal in court.

What to do if you’re facing a CVA

The first thing you need to remember is that a CVA is binding on all parties – even those that did not consent. If one of your tenants is proposing a CVA, you will have just 14 days’ notice to take action from the creditors’ meeting.

You should carefully review the terms of the CVA, evaluating it against alternative insolvency options such as liquidation, and make sure you maximise your financial claim to strengthen your voting rights.

Your claim will usually comprise your rent arrears, claims for future rent and dilapidations, though the latter, being unquantifiable, is typically assessed at just one pound for claims purposes. You should therefore present evidence to justify a higher valuation, including expert advice on the likely void period if the business ceases trading or a surveyor’s schedule of dilapidations, including full costs.

If possible, you should attempt to obtain possession of the premises before the CVA is approved, though this is unlikely to be feasible if the tenant is already in administration.

In any case, you should initiate discussions with other landlords and creditors to present a united front when negotiating modifications to the CVA, and should carefully study the conduct of the CVA process and the creditors’ meeting as it may be possible to challenge the CVA on the grounds of “material irregularity” or “unfair prejudice” if you act fast enough.

For the latter objection, you would need to demonstrate that you have been unfairly treated compared to other creditors or that you would be significantly better off via liquidation or another insolvency route.

Finally, you should bear in mind that no two CVAs are ever the same, and you should base your response on the impact of the proposed changes, the prevailing property market and the likely rent you would receive from an alternative tenant.

Whatever your findings, you should always participate fully in the CVA approval procedure and clearly make your wishes known at each stage.

Carl Faulds is the managing director of Cashsolv.

With a launch of several new 70% LTV purchase and remortgage...