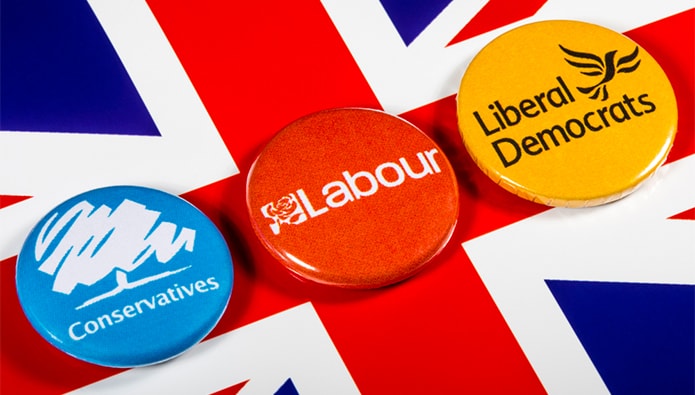 With housing high on the political agenda ahead of tomorrow’s general election, all the major parties have pledged to tackle the UK’s housing crisis by promising to build significantly more homes every year to help alleviate pressures on housing stock.

The political parties have set out clear strategies on how they would tackle the shortage of residential properties across the UK, which is good news according to Richard Sexton, director at e.surv.

“The need for a greater supply of housing has appeared in all the political party manifestos and we hope that following the general election these promises will be acted on,” he said

Sexton added: “As a country, we are facing a housing crisis as many buyers struggle to save up for large deposits, and this is putting more pressure on the widening affordability gap.

“To ensure market fluidity we need to see significant investment in our country’s housing stock to get more people onto the housing ladder.”

While a Tory win remains the most likely outcome, the fact that Labour continues to close the gap on the Conservatives in the opinion polls means that the sweeping majority Theresa May had banked on – and the pre-campaign polls seemed to suggest – is not as much of a foregone conclusion as it once was. Consequently, with less than 24 hours until the polls open, there is still all to play for.

So which party is best suited to preside over the UK housing market?

Here is where each of the main parties stand on housing?

The Conservatives has pledged to build up to 1 million new homes (2015-2020) and an additional 500,000 by 2022, free up land for new homes, boost the supply of council housing, continue with the Help to Buy scheme to support those struggling to buy a home until 2027, and maintain existing protections on Green Belt and in National Parks and Areas of Outstanding Natural Beauty.

Labour has vowed to build over 1 million new homes by the end of the parliament, including at least 100,000 council and housing association homes a year for affordable rent or sale, give councils new powers to build properties, offer local people buying their first home first refusal on new homes built in their area, suspend Right to Buy, extend Help to Buy until 2027, prioritise brownfield sites and protect the Green Belt.

The Liberal Democrats want to deliver 300,000 new homes annually by 2022, including 500,000 affordable and energy-efficient homes, lift borrowing cap on Local Authorities (LA) so they can build council and social housing, and give them the option to end Right to Buy, scrap exemptions for affordable homes on smaller developments, create at least 10 new Garden Cities, and enable LA’s to implement levy of up to 200% council tax on second homes.