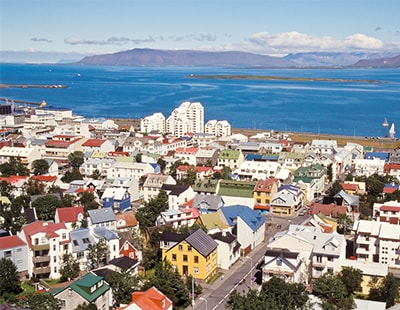 There was a 6.5% increase in global house prices in the year to March 2017, the highest annual rate of growth in three years, new figures reveal.

According to the latest Knight Frank Global House Price Index for the first quarter of 2017, 11 countries recorded double-digit price growth in the year to March 2017, led by gains in Iceland where the average price of a home rose by 17.8% year-on-year, on the back of a chronic housing shortage.

Iceland’s Housing Financing Fund suggests 9,000 new apartments need to be delivered over the next three years in Reykjavik alone to keep pace with demand, and it is this supply-demand imbalance that is driving up property prices; an attractive proposition for many international property investors.

The top 10 global property hotspots are as follows:

Although China has slipped from seventh to 10th in Knight Franks’ annual rankings this equates to a marginal fall from 10.8% last quarter to 10.3% this quarter. Despite various property market cooling measures, including home purchase restrictions (HPR) and increased downpayment ratios, residential prices continued to rise. The central government has widened HPR and as of April 2017, more than 45 cities have implemented such measures.

As the UK prepares for its fourth national poll in seven years, data suggests property prices continue to ease with annual growth reaching 4.1% in the year to March, down from 5.3% a year earlier, owed in part to ongoing political uncertainty.

A brief look at some of the key elections elsewhere in Europe shows that France and the Netherlands stand out as two key countries where price growth strengthened ahead of their polls.

The index, which measured the global mainstream housing market across 55 countries using data from official sources, reveals that 48 countries recorded price rises in Q1 2017, up from 43 nations a year earlier.