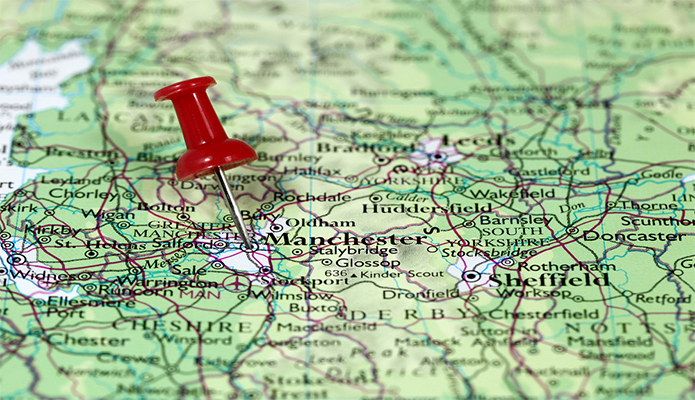 The property market in northern England, supported in part by the Northern Powerhouse concept, has attracted a lot of media attention, not to mention both domestic and international investment. This has helped to drive up transactions, prices and rental values across many northern regions, led by the North West, particularly Manchester, as illustrated by the latest Hometrack cities report.

The property price index reveals that house price growth in the 20 cities under review is running at 5.1%, with prices in Manchester rising by an average of 6.8% compared with the same month a year earlier, thanks to strong demand from buyers, including many investors, as consumer confidence remains firm despite political and economic instability.

Supported by a new BBC Media City, a major extension to the MetroLink tram system, expansion of the local airport, a new trendy Northern Quarter, not to mention the fact that it is at the centre of plans to create a Northern Powerhouse, Manchester, which recovered from the Great Recession of 2007-09 a lot quicker than the other cities in the north, has an awful lot going for it.

Manchester is home to around 100,000 students, thousands of young professionals, with more 25-29 year olds living in the region than anywhere else in the UK; an attractive proposition for property investors, including buy-to-let landlords.

With demand from tenants outstripping supply, various experts forecast that rents in the city are likely to rise further this year, while house prices remain affordable, suggesting that they offer room for growth, as reflected by recent increases.

Graham Davidson, managing director of Sequre Property Investment, commented: “Manchester is still head and shoulders above the rest when it comes to property growth. It’s clear that the overwhelming saturation of the London market can just no longer compete.”

The latest Hometrack UK cities index reveals that house price growth in the 20 cities under review is running at 5.1% per annum, and although this is a drop from the 8.8% increase recorded in May last year, it still represents a healthy rate of growth.

“While it’s promising to see an increase on UK house price growth as a whole, Manchester and the north remains on top,” added Davidson.

The Financial Conduct Authority (FCA) yesterday announced that it will consult...

Investors could have seen their buy-to-let (BTL) returns increase by as...