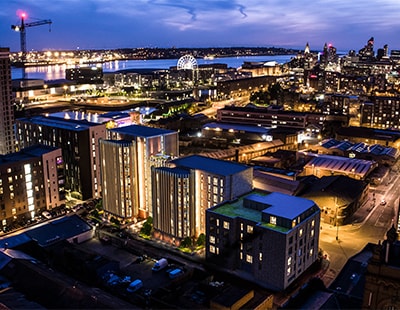 A major property scheme proposed for the Baltic Triangle Area in Liverpool, perhaps the most exciting part of the city, has secured consent from Liverpool City Council's planning committee.

Plans for the 145-apartment development, which is valued at approximately £30m, include 72-one bedroom and 73-two bedroom residences, as well as a shared terrace space and a generous entrance lobby, in addition to commercial space on the ground floor.

The proposed massing of the building, which will be constructed to the north of Parliament Street, bound between Grafton Street and Caryl Street, ties in with scale of neighbouring building, stepping down towards Grafton Street.

Nikki Sills, associate director at Zerum, said: “The site currently offers little vitality to the area. It’s occupied by a low-grade roofing yard with an associated warehouse and office building that’s set to be demolished. The sale of the site for development will enable the existing company to utilise the sums received to expand their business in a more appropriate location.

“The new apartment block will not only provide new homes for people but it will also include a commercial unit on the ground floor, which will provide a modern outlet for a commercial tenant.

“Vendors are now being considered and we’ve heard great feedback in terms of the new space enabling businesses to relocate or expand into a great area.”