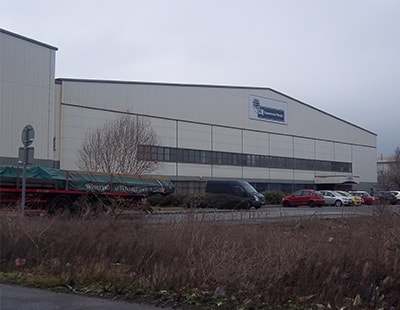 Cardiff will be home to one of the biggest film and TV studios in Wales, following the Welsh government’s decision to acquire the 250,000 sq ft former Nippon Glass building at Trident Park, close to Cardiff city centre from Legal & General.

The deal, which was brokered by property consultants JLL and Knight Frank, will see the premises leased on commercial terms and provide studio facilities for Bad Wolf’s production slate, including the TV adaptation of the historical fantasy novel A Discovery of Witches, and His Dark Materials, the adaptation of the Philip Pullman trilogy, in addition to accommodating other major TV productions.

Will Edwards, senior fund manager at Legal & General, commented: “The disposal of this facility marks the successful completion of our asset management strategy for this building and is in line with our business strategy for the Fund, resulting in delivering strong returns to our investors.”

The Welsh government’s desire to acquire this site does not just provide a major boost for the Welsh creative industries, but also for those investing in property in the local area, as it is likely to boost demand for housing and an array of commercial facilities.

Heather Lawrence, senior surveyor at JLL’s Cardiff office, said: “We have been working closely with Welsh Government for some time to find the right site that will be a major boost for the Welsh creative industries.

“We were working with some specific requirements – Bad Wolf needed at least 200,000 sq ft of shooting space, two large stages with eaves height of more than 10 metres as well as office space.

“This level of investment is a huge vote of confidence in Cardiff as a national and international hub for the creative sector.”

Studio space in the Welsh capital is much sought after and Bad Wolf is already in discussions with production companies wanting to take space at the facility.

Neil Francis, partner at Knight Frank in Cardiff, acting on behalf of Legal & General, said: “Bad Wolf identified this property as being suitable for their requirements more than 12 months ago so Legal & General and the Welsh Government are to be commended for their determination to bring the deal to fruition.”

Andy Martin of the Martin Partnership, also acting on behalf of Legal & General, added: “With this disposal, our client now has four acres fronting Ocean Way remaining and plans are being examined about how best to develop this land to maximise its potential and to complement not just Bad Wolf but the other occupiers on the estate.”

Work has started on the new scheme and the building is expected to be available for film productions to start in autumn 2017.

Sharp’s new European HQ will be an ‘economic catalyst’ for Rhymney ...

Rhymney received a major boost this week when it was announced...

The number of new homes breaking ground in central London has...

Residential property prices in the UK are expected to remain largely...