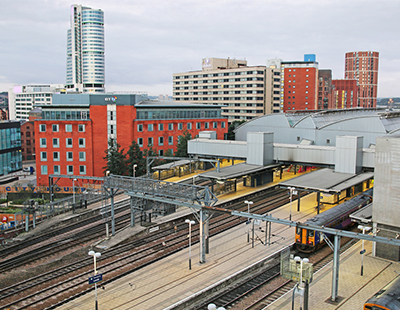 Economically vibrant and at the heart of the Northern Powerhouse, Leeds is a magnet for businesses, which partly explains why office take-up in the city is on track to reach 800,000 sq ft by the end of 2017, 94% above the 2016 total and the busiest year on record, according to Savills.

The company reports that office lettings in the city totalled 415,000 sq ft last year, down 25% on the long-term average. However, based the first quarter of this year, and with several organisations hunting for new space, Savills anticipates that full year levels will rebound to exceed the long-term average of 550,000 sq ft by 45%.

Savills highlights the thriving tech sector in Leeds as a key area for continued growth, with tech jobs having increased by 2.8% in the city over the past five years, and are forecast to grow by a further 5.6% in the next five years.

The growing popularity of the city has led to a marked decline in the amount of Grade A space available, reports Savills.

Paul Fairhurst, head of Savills Leeds, said: “Leeds is set to have a great year, as the investment in delivering good quality office space and improving the fabric of the city has resulted in high profile and exciting companies vying for space.  The city centre continues to expand south and west, as a number of mixed-use schemes are being brought forward.”

With only 130,000 sq ft set to be in the market by the end of H1, and average Grade A take-up of 256,000 sq ft, Leeds will have just a six months supply of such space available, which is placing upward pressure on rental values in the sector.

Clare Bailey, associate director in the commercial research team at Savills, commented: “Leeds is an increasingly desirable location and there is a growing need for more city centre office development to keep pace with demand.

“The differential between top Grade A office rents in Leeds and the City of London is the largest on record and may well lead to even more occupiers following the lead of companies such as Burberry by relocating their back office functions to the city.”

A new auction house has been launched as part of city property...