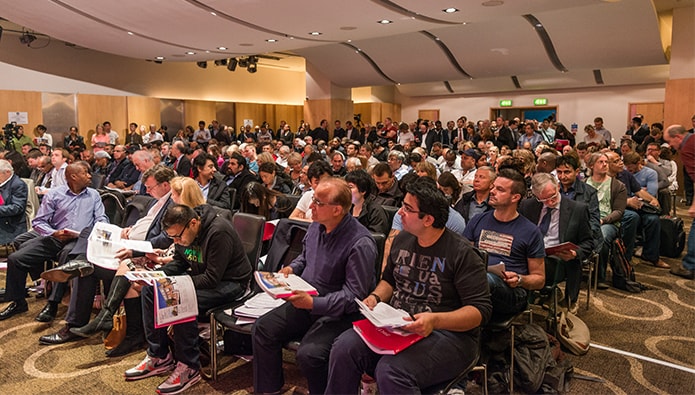 The auction room at The Berkeley in Knightsbridge last week was buoyant with 122 lots sold – 71% sales success – and a noticeable increase in purchases by overseas buyers.

Investors remained relatively undeterred by political uncertainty surrounding the snap general election, with assets in a good location, along with steady income and a long lease, proving popular.

There was strong demand from London and across the UK, with 31 lots sold over £1m at yields which were largely unchanged since the last sale. However, there was some hesitancy from buyers for riskier lots in less desirable towns and shorter leases, especially in the more northern towns, where rents are yet to stabilise in the face of slackening tenant demand on the high street.

George Walker, auctioneer and partner at Allsop, commented: “Raising over £94m across 124 transactions shows a tremendous depth of investor appetite at a time when there is some political uncertainty in the air.

“The figures from UK plc remain positive and ahead of expectation, with rising levels of inflation generally predicted to be a temporary phenomenon, giving investors continued confidence to invest in better-let assets with long leases and reliable tenants.

“Once the general election is behind us in early June, we anticipate continued appetite from the cash-rich private investor, eager to enhance returns on their portfolios where the value of cash deposits is eroded on a daily basis in the bank.”

Allsop’s third commercial auction of the year on 23 May at...

Allsop’s final commercial auction of the year will see 237 properties...