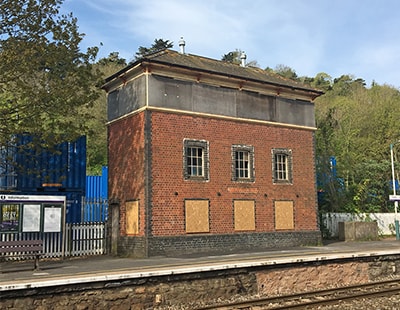 Clive Emson has released a new catalogue ahead of its five-day sale in June, which includes a wide selection of lots for sale, including a former signal box directly on the platform at Torre Railway Station in South Devon and the freehold of a care home in Sussex and a historic house in Essex once owned by the founder of the Courtauld Company.

June highlights from the company, which works with estate agents across southern England to boost property listings, include a partially converted barn on 13.23 acres in Kenardington, near Ashford in Kent, with a freehold guide price of £400 to £410,000, and a signal box on the platform at Torre Railway Station, near Torquay in Devon, with a freehold guide of £85,000 to £115,000.

Managing director James Emson said: “Our post-election auction will give everyone the chance to take their minds off politics for a while.

“We have had two excellent auctions in March and May – showing that our vendors and purchasers really do see the value in electing to do business at Clive Emson land and property sales.

“It makes perfect sense to cast your vote to attend our June auction to see the sheer variety of lots on offer from Essex to the West Country – ranging from a railway station signal box to the freehold of a care home.”

Clive Emson holds a regional auction at five locations every six weeks. The June sale, starting at 11am, is at the following venues:

A growing number of investors are starting to shun residential property,...

With attractive returns on offer, a growing number of property investors...

We live in interesting times indeed; who would have predicted at...