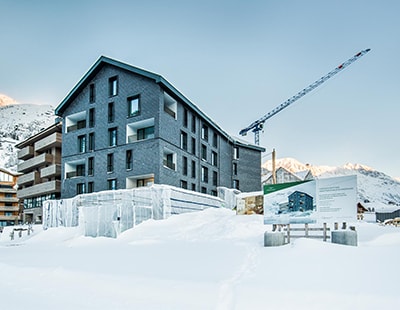 Property investors are increasingly taking note of a new ski resort development situated in the heart of the Swiss Alps.

Andermatt Swiss Alps is managing a huge development in Andermatt - a small village in the Ursern Valley. The project is believed to be the largest in the Alps in terms of both investment and size.

Investment into the resort has already eclipsed the CHF1.8bn (£1.4bn) mark as a selection of hotels and residences are completed alongside a major ski infrastructure overhaul which is estimated to cost an additional CHF130m (£104m).

When completed, the Andermatt resort will comprise six hotels, up to 500 apartments and around 25 chalets. The car-free resort offers an 18-hole golf course during the summer and will soon provide swimming and other sporting and leisure activities.

So far, the development boasts the five-star deluxe Chedi Hotel, opened in 2013 and described as 'the lighthouse' of the project, as well as four apartment buildings.

Next year will see the completion of a four-star Radisson Blu hotel, the Gotthard Residence residential project and four further apartment buildings.

A strong proposition for overseas investors

Property sales at Andermatt have so far been impressive and sourced from a varied client base. The development's sales director, Russell Collins, tells Property Investor Today that approximately 70% of all completed apartments have already been sold and 30% of the Gotthard Residence - the complex's largest off-plan development, which is due to be completed in 2018 - has been snapped up by eager investors.

Collins, a Brit with 15 years’ experience in new build development projects, including the major overhaul of a large-scale ski resort in Eastern Europe, says there has been consistent interest from UK buyers, who will find the buying and renting process in Switzerland 'surprisingly familiar'.

However, interestingly, approximately 20% of sales last year were made to Far East investors, a figure which Collins believes could increase in the coming years. 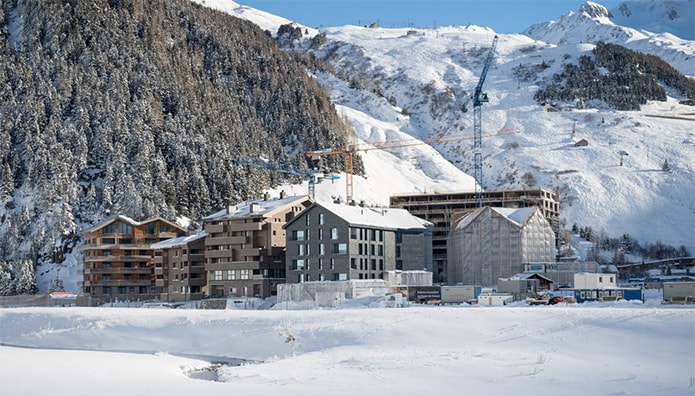 Prices for the apartments and residences at Andermatt vary. The average price for property at the resort is roughly CHF11,500 per sqm (£9,184sqm), with prices ranging from CHF575,000 (£460,000) for a one-bedroom apartment, to over CHF10m (£8m) for the super-luxury penthouses available in The Chedi hotel.

Investors purchasing properties at Andermatt can benefit from a rental scheme, which currently generates a 41% annual occupancy rate. Owners who opt in to the scheme can expect a 3% return over a three-year period and are entitled to 12 weeks’ personal use per annum.

Those purchasing property at the Andermatt development also benefit from an exemption to the 'Lex Koller' law. The law has been in place since the 1980s and regulates the ownership of Swiss land by overseas buyers. Due to the size of the Andermatt resort development, the Uri Canton has granted an exemption to 'Lex Koller', meaning international buyers can invest in the resort without any limitations or special permits and are able to sell with no minimum holding period.

All properties at the resort are also exempt from the Swiss Second Home Law, which usually limits the number of second homes to 20% of the total number of residences in a village.

High-Net-Worth-Individuals to enjoy a subtle retreat

One of the Andermatt development's key attractions for investors is its focuson creating a luxury, yet subtle ambience. The resort benefits from being less ostentatious than some of its counterparts in the Alps.

The Chedi Andermatt hotel, for example, boasts an exclusive spa and wellness centre, two restaurants, a wine and cigar library and a cheese humidor. The fact that the hotel has more fireplaces than rooms is a demonstration of its dedication to luxury and visitor experience.

Meanwhile, there are 25 slots reserved for the construction of personalised chalets. Purchasers will be able to put forward their own design or choose from a range of ideas from a selection of well-known architects.

In order to perpetuate the sense of individuality and bespoke living, Andermatt Swiss Alps has partnered with over 30 architecture firms, via an international competition, in order to construct the various different residences and hotels. 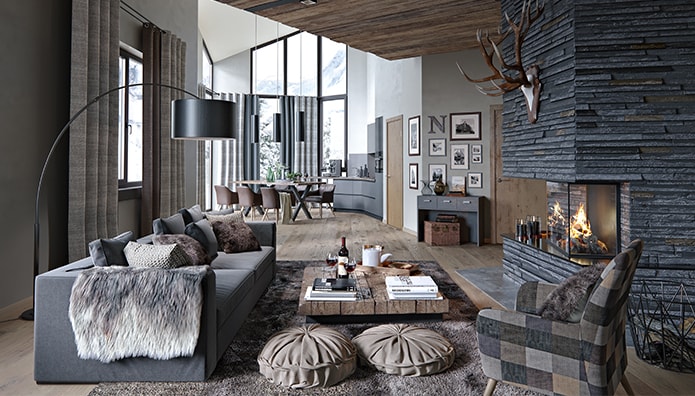 Skiing paradise with an all-year-round focus

A significant part of the development is the upgrading and expanding of the two local skiing areas, Andermatt and Sedrun.

Andermatt-Sedrun Sports AG, a subsidiary of Andermatt Swiss Alps, is managing a CHF130 million overhaul of the skiing infrastructure which, when complete, will offer skiers over 120 kilometres of slopes to sample. The investment incorporates the installation of new lifts and pistes, as well as snow-making equipment to ensure an uninterrupted operation throughout the skiing season.

"The expansion of the SkiArenaAndermattSedrun will make it more convenient to move around the resort," explains Gabriela Bissig, 22, a student and ski instructor for the Swiss Ski School Andermatt.

"Skiers will no longer have to get a train to go between the Andermatt and Sedrun slopes which, in my opinion, is the core benefit of the project."

Bissig says that in the past skiers in the area have had more ‘limited opportunities’, but thanks to the development project they’ll now have access to the biggest ski resort in Central Switzerland.

"High-end guests often have very high expectations," adds Bissig. "The completed SkiArena will be able to meet these needs." 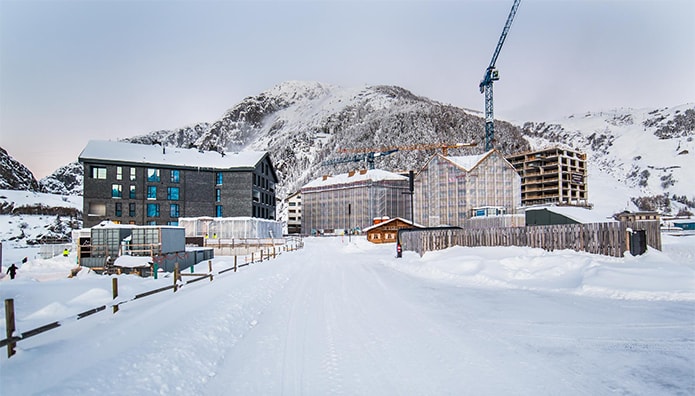 But Andermatt’s appeal is not solely limited to the winter ski season. The resort is keen to show its versatility and year-round attraction.

The development’s flagship summer attraction is its 18-hole golf course, which covers an impressive 130 hectares. In its first official season, Andermatt’s course was named the ‘Best Golf Course in Switzerland 2016’ at the World Golf Awards.

Other popular summer activities here include hiking, climbing, mountain biking, fishing and day trips to the array of mountain lakes surrounding the areas.

The man behind the plan

The Andermatt development is the brainchild of Samih Sawiris, an Egyptian billionaire with a strong track record of developing high profile resorts in his homeland as well as Montenegro and Oman.

Sawiris reportedly owns approximately 50% of the development privately and the remainder is owned by his company Orascom Development Holding AG.

Sawiris is said to visit Andermatt several times a year, regularly engaging with local residents and tourists. "The first time I visited Andermatt, I encountered something special: the unadulterated natural beauty of a Swiss mountain village in the heart of the Alps," he said.

"And I was inspired - not only by the village of Andermatt, but by the whole valley." 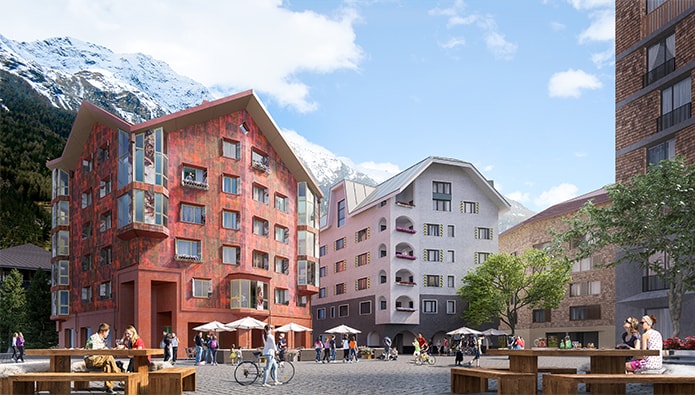 The resort has a strong focus on sustainability and Sawiris is keen to stress its green intentions.

“[It is] clear to me that the soul of this region is the untouched nature. And I intend to preserve this," he explained.

"I see sustainability as a cornerstone upon which the development of Andermatt is based."

Andermatt to embrace its place on the ski resort map

The extensive investment and development here has been vindicated by strong early sales figures, with plenty more opportunities to be snapped up by purchasers. And one of Andermatt’s key selling points is its annual appeal, which is not matched by many other ski resorts.

The property development and infrastructure here has been meticulously planned and prospective property owners are in the position to choose from a varied range of unique and luxury investment options.

That’s not to forget that the project has also had a positive effect on the local community and is being embraced by local residents.

“Young locals have recognised the growing potential in their home town and a lot of them are returning to Andermatt because of new job opportunities, while some have even established their own businesses,” explains Gabriella Bissig.

Andermatt has the feel of a once under-appreciated area that is now starting to realise its full potential. As the development continues to expand at an impressive pace, even more exciting times lie ahead for those visiting and investing in this region of the Swiss Alps.

As Russell Collins concludes: “Andermatt presents a very rare opportunity; to invest, and be part of, a really dynamic local growth story, in a country that offers economic stability like no other.”

*For further information on the investment opportunities available, click here.