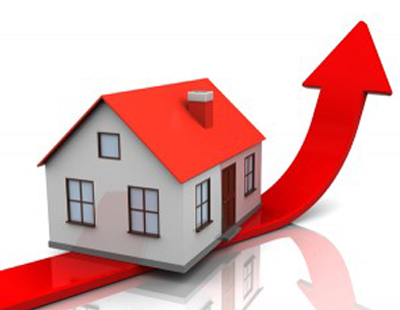 The price of the average property in England and Wales broke through the £300,000 barrier in March, following a 0.5% rise in monthly home prices, according to the latest Your Move house price index.

The average price of a residential property hit £301,278 last month, up 3.3% year-on-year, led by gains in the West Midlands for the first time since Your Move records began 21 years ago.

But while the West Midlands became the region with the highest rate of annual house price growth at 4.8%, with Birmingham currently seeing new peak prices with annual increases of 7.8%, the South East of England, including Greater London, saw price growth continuing to slow.

In terms of regional house price changes, Greater London has dropped back into 9th position, just one place ahead of the North East, which comes in last.

Estimated transactions in England and Wales surged last month, by 26% to 78,500, compared with February, which appears high, but is in line with the average seasonal increase that takes place in March annually.

Strong consumer confidence and low mortgage rates should ensure that the market remains strong, but there is a growing concern about the lack of homes on the market, according to Oliver Blake, managing director of Your Move and Reeds Rains.

He said: “With supply still tight, rising house prices remain a problem. We therefore cannot afford to overlook the ongoing housing shortage in the UK, which continues to dampen the hopes of many would-be homeowners.”

House prices in England and Wales rise at their fastest pace for 12 months ...

The average price of a home in England and Wales increased...