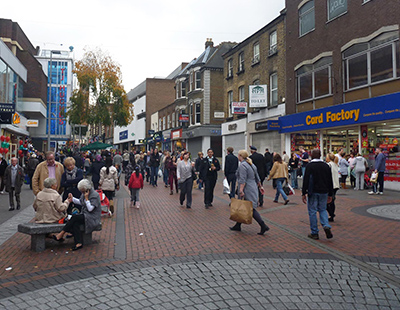 Britain is a nation obsessed with property but experts have warned those thinking of investing in buy-to-let are facing headwinds that will only get worse.

The existing rules that permit landlords in the residential sector to offset all of their mortgage interest against tax will, from this April, be phased out over the next three years until 2020/21.

Once mortgage interest relief has been withdrawn altogether, the consequences of Section 24 will mean that landlords will only be able to claim back a basic tax rate deduction of 20% off their tax bill, which will eat into their rental returns.

Coupled with the removal of a 'wear and tear' allowance and a 3% stamp duty surcharge on additional property acquisitions, many landlords may soon find that the numbers do not add up, which is why many residential property investors are now making the switch to commercial property.

Duncan Moir, partner and auctioneer at Allsop, said: “In a low interest-rate environment where higher rates of tax are hitting returns for residential buy-to-let investors, the commercial property market is becoming increasingly attractive.”

Allsop has released the catalogue for its second commercial auction of the year, which will be held on 27th March at Claridge’s, Brook Street, London, W1K 4HR.

Properties from across the UK will be sold at the auction, with 30% of the lots located in London and the South East, and 32 lots having guide prices in excess of £1m.

Moir added: “With March’s auction offering such a broad spread of opportunities, we expect a busy room later this month.”

Allsop raised almost £60m at its first commercial auction of the year held on 7 February, with an overall success rate of 82%.

Investor demand for mixed-use assets in London and the South East was as strong as ever, according to George Walker, partner and auctioneer at Allsop.

He commented: “The noticeable trend from the auction was the tremendous demand for retail investments with good tenants and a long lease.”

“Noticeably, a number of lots that sold had been previously marketed by private treaty and the auction process converted hesitant interest into sales,” Walker added.