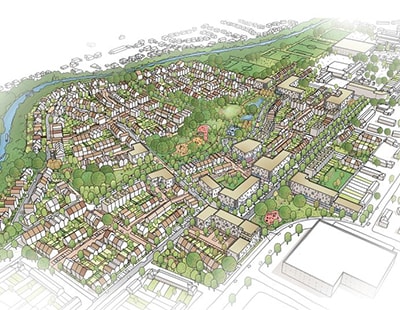 Thameswey Developments has taken over plans for the regeneration of Sheerwater, after Woking Borough Council opted to drop New Vision Homes which developed the early stages of the project and the masterplan for the area’s redevelopment.

Thameswey Developments will present its plans for the scheme, which gained planning approval in July last year, to Woking Borough Council later this month before a final decision on whether or not to progress with the regeneration of Sheerwater is made.

Under the plans put forward by New Vision Homes, by the end of 2024 the regenerated area would have featured 952 new homes, a leisure centre, community and health facilities, nursery, new shops and further additions.

Councillor David Bittleston, Woking Borough Council’s portfolio holder for strategic housing development, said: “I would like to express my gratitude to New Vision Homes for its commitment in bringing forward exciting plans for the regeneration of Sheerwater.

"It has secured a planning consent that will significantly improve housing, roads, community and leisure facilities for Sheerwater residents in the future.

“Thameswey Developments Limited has been asked to submit its proposals for the delivery of the approved plans to regenerate Sheerwater. These proposals will be considered by the Executive at its meeting on 23 March 2017.

“We remain committed to improving Sheerwater for existing and new residents.”