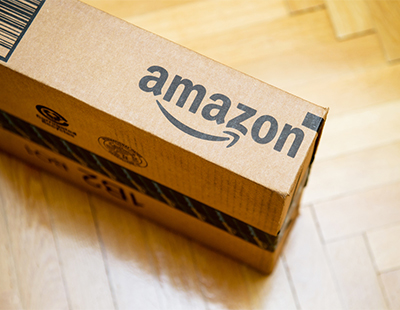 The number of industrial and warehousing deals in Leicestershire hit an all-time high in 2016 as property investors looked to capitalise on record demand for space in the region, particularly from online retailers, fresh research shows.

Peter Doleman, director at Innes England, said: “During 2016 Leicester enjoyed success across all its major sectors and we saw strong levels of take-up.

“The industrial sector achieved a record high of 3.2m sq ft, thanks largely to Amazon's new distribution centre, which brought with it increased confidence in the market. This letting represents the largest transaction in the region and emphasises the impact of the distribution sector to the local economy.

“Speculative development also helped boost supply last year, though the availability rate is now down to approximately a year's worth of supply, based on the average annual take-up over the last five years, at just 7%.”

In the city centre Highcross has continued to be the mainstay of Leicester’s retail scene, attracting a number of new brands to the city in 2016.

Separate figures for the whole of the UK from Savills show that online retailers now account for up to a third of the warehouse market for units measuring at least 100,000 sq ft, thanks largely to the continued growth of online retailers.

As a result, the supply of existing warehouse space has fallen by 71% since 2009 and now stands at just 27m sq ft, which equates to just over 14 months worth of supply. For this reason, the availability of consented land, ready for warehouse development, will become increasingly important if online retailers are to continue building their supply chains.

Amazon accounted for more than a quarter of all warehouse space rented in the UK last year, as the online giant continues to ramp up its operations.

Such was Amazon’s dominance in the market that it was behind more than 80% of deals done with online retailers in 2016, the research from Savills found.

Kevin Mofid, head of logistics research at Savills, said: “Availability of land for employment use remains critically low across the UK and with land continuing to be allocated for higher value uses such as residential, the industry is struggling to keep up with demand.”

Richard Sullivan, national head of industrial & logistics at Savills, added: “The sector remains incredibly resilient in the face of economic and political uncertainty, due in part to the phenomenal growth of online retail. Although it appears to be dominating the industrial and logistics landscape, demand still remains high from a diverse range of occupiers and as a result take-up has hit unprecedented highs.

“In order to maintain this momentum in 2017 and beyond, it is now crucial that we tackle the supply issue and policy makers recognise the need to allocate more land for industrial and logistics, whether that be in a pure or mixed-use sense.”

Housebuilder Persimmon Homes will develop up to 250 new homes on...