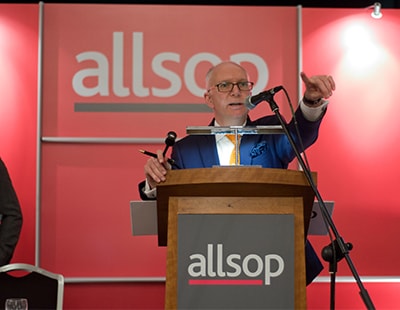 A high number of property investors attended the auction, attracted by the wide array of properties on offer, both geographically and by property type, with the average lot size hitting £330,000.

The day continued as it started, with large crowds descending on the sale room at the Cumberland Hotel.

Auctioneer Gary Murphy had to call for bidders to come to the front of the hall to make room for those who could not get in through the doors at the rear.

Murphy said: “This was one of the largest crowds we have seen in our sale room for some time. In particular, there were far more new faces than we remember in recent sales. Many were there for one lot only and were obviously new to the auction method.

“It would seem that the market, for auction stock at least, has overcome the jitters that were evident during the latter half of last year.

“The stamp duty increases that have hit buyers of investments and second homes have now become an accepted, if unwelcome, cost. Life goes on.”

The sale included one of the largest lots to be offered by the residential auction team – Stoner House in Crawley, West Sussex, a 43,700 sq ft office building in the town centre with permitted development rights (PDR) for 111 self-contained flats. This lot was sold prior to auction for substantially more than its guide price of £7m.

Murphy added: “This sale demonstrates the continued demand for permitted development opportunities. For example, a particularly strong result was achieved in the room for a 9,000 sq ft office in Bagshot, Surrey with PDR for 12 flats.  Guided at £1.3m, it was sold for £1.98m. It’s encouraging to see this market looking so healthy and, in our experience, the majority of PD buyers are developing for rent.”

The most valuable lot to sell under the hammer was a four-bedroom penthouse on the ninth and tenth floor of Consort Rise House in Westminster. The vacant 2,442 sq ft apartment was knocked down on behalf of mortgagees for £2.1m.

You can view the results from the auction by clicking here.

Allsop’s next residential sale will be held on 30 March.