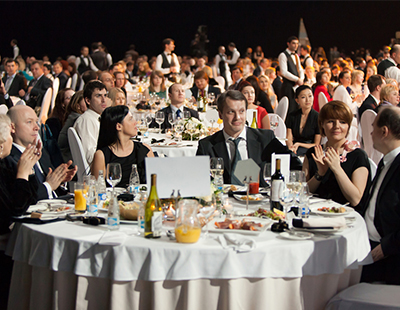 With less than a month to go until the Property Investors Awards, held at The Royal National Hotel in Russell Square, the shortlisted candidates for the various award categories have now been revealed.

The annual event – which includes fine dining and entertainment as well as the presentation of the awards themselves – takes place on the evening of Saturday December 2.

Below is a quick breakdown of who is in contention for each prize.

Property Deal of the Year

The two finalists for this category are Scandic Real Estate (for 18 Canterbury Road, Ashford, Kent) and Jon Stein (for 17 Dunfield Road, Beckenham Hill, London). In the case of the former, a ‘dilapidated and under-performing B&B’ was transformed into an establishment with a 5-star standard of accommodation, while in the latter case Stein purchased the bungalow on a corner plot directly outside Beckenham Hill train station, turned it into an eight-apartment block and then sold this to another developer for a significant profit.

Property Trader of the Year

Jon Stein appears again in this category, having spent the last decade or so building his rental portfolio. In 2013 he moved full-time into property investment and trading. He describes himself as having a ‘high-risk appetite’ and typically seeks a 100% return on his capital within a year.

The other finalist in this category is Cormac Henderson of NPT Finance Ltd. “I’m not sure where my business ends and I begin,” he said. “It has defined me for as long as I can remember and it has brought me great happiness, success, wealth and a beautiful family home along with anything else I could ever need.”

Along with two friends, he decided a few years ago that property investment in London was the way to go, initially focusing on the buy-to-let market. Since then his business has diversified and grown into a multi-million pound company with interests in a wide range of rural and urban property.

New Property Investor of the Year

KL Property Partners – founded by Sergey Kazachenko and Rajeev Lehar, from Oslo and Stockholm respectively – are battling it out in this category with Nellie McQuinn of Property 165 Ltd and husband and wife team Mithila and Mahmoud Rollings-Kamara, who own Ideal Urban Living Ltd.

McQuinn’s company – named after the address of her childhood home – was inspired by a nest egg from her grandmother, who urged her to invest wisely in property. She said: “Each property I buy, I think 'Gran would have liked this one’. This award would open doors with future investors by supporting our portfolio and body of work with industry recognition.”

Mithila and Mahmoud – who moved into property investment for a more flexible lifestyle and only made their first purchase in the latter part of 2016 – also said winning would open new doors to new opportunities and people in the industry.

KL Property Partners, meanwhile, was founded just a year before Brexit, but Sergey and Rajeev decided to face the new challenges head on and remain in the British market despite the uncertain landscape. Although they operate from abroad, they have managed to build a strong presence in the British market and have expanded into a number of new areas since launching.

Serviced Accommodation of the Year

Scandic Real Estate appear again in this category, once more for the 18 Canterbury Road site in Ashford that the firm acquired in late 2016. It is up against Investar Property Group, which began its serviced accommodation business in June 2016 and has since developed links with Expedia, LateRooms, Booking.com and Agoda.

Property Development of the Year

The two finalists in this category are Halifax House and Luxor Court, both in Liverpool.  Halifax House, an Investar development, is a number of apartments situated within the former headquarters of the Union Bank of the British Empire. The building has been restored to its former glory by the scheme and now boasts 22 apartments, each with its own different theme – ranging from banking, romance, world travel and the natural world.

Halifax House is up against Luxor Court, managed by the Luxor Group, a residential development in Kensington, Liverpool.  Made up of 12 two-bedroom apartments, a gated entrance and off-road parking, the property was purchased in late 2016 and has undergone substantial renovation and modernisation works since. “This development shows what can be achieved with vision, a strong team and creativity,” said Paul Nicholson, chief executive of Luxor Group.

Property Developer of the Year

Paul Nicholson also features in this category. He acquired his first property at the tender age of 23, since expanding his portfolio to include more than 200 rental units as well as developing a number of large-scale regeneration schemes throughout the Liverpool city region. “I am really passionate about transforming communities and investing in neglected areas to create vibrant communities for both residents and businesses,” he said.

Up against him is Michael Dong of Investar Property Group. Known for his professionalism and his strong overseas connections, he has been able to fund and exit on both retail and institutional deals in the UK and overseas markets. In addition to his own developments, Dong has also helped to facilitate large joint ventures between British and overseas investors, in turn producing a Gross Development Value (GDV) of over £800 million.

More than 500 people are expected to attend the ceremony and tickets are still available. You can buy tickets online via the Property Investors Awards website.

The winners of the 2018 Property Investors Awards were revealed at...