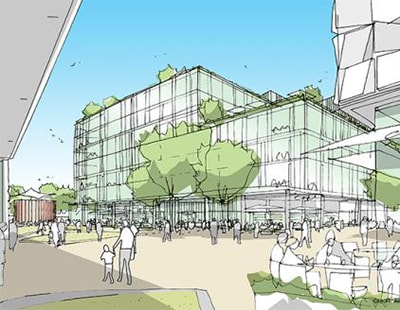 Plans for a £175m mixed-use regeneration project on West Bar in Sheffield, which will create 1.4m sq ft of space fronting the city’s inner relief road, are expected to be approved this week.

The outline planning application, which was submitted by developer Urbo last year, has already been recommended for approval. It includes plans for purpose-built flats, a four-star hotel, restaurants, retail units and landscaped public spaces.

More than half the scheme, known as West Bar Square, will be offices, providing jobs for up to 5,000 workers.

Councillors met last night to discuss the West Bar Square development, which would be centred around a new public square and would connect the Cathedral Quarter, Kelham Island and the Riverside areas of Sheffield city centre, with a final decision due imminently.

A public consultation on the scheme was held last year, with a report stating: “Overall, the socio-economic impacts of the proposed development are broadly considered to be beneficial, leading to increased job creation during both the construction and operational phases of the development.

“The environmental statement also concludes that there is existing spare capacity to accommodate increased demands for education and health care provision as a result of the development.

“Overall, the development represents a significant and welcomed regeneration project and secures substantial investment and employment opportunities for the Sheffield City Region.”

If the office-led project is approved, it would provide a positive step forward in the regeneration of Sheffield’s Riverside Business District, not to mention present property investors with fresh investment opportunities in the local area.