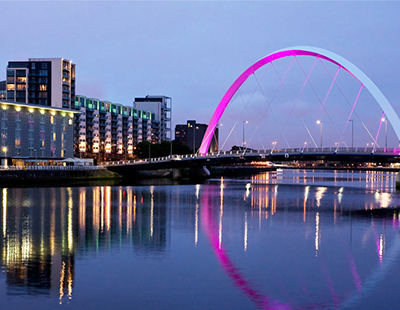 According to Savills research, strong take-up levels leave Glasgow’s Grade A office stock at a shrinking circa 400,000 sq ft, of which only 130,899 sq ft is classed as ‘new’, which could suggest a substantial supply-demand imbalance.

But the firm highlights that Glasgow’s speculative office development pipeline remains closed with new developments now not likely until 2020 due to uncertain economic and political conditions and a possible influx of buildings suitable for refurbishment coming back on to the market in the next three years.

Savills suggests that up to 300,000 sq ft of offices suitable for refurbishment will come onto the market in 2017 alone. As a result of reduced new development, top Grade A office rents in Glasgow remained flat throughout 2016, according to the firm, at £30 per sq ft.

David Cobban, director in the business space team at Savills Scotland, said: “A possible wave of office accommodation coming back onto the market is incentivising landlords to complete deals on available office stock ahead of this, which despite the current lack of quality supply, is resulting in incentives moving out and headline rents remaining flat.

“A lack of new development is also having wider implications on Glasgow’s ability to attract inward investment which as a city we are currently struggling to do.”

Overall though Savills says Glasgow’s office market remains strong and despite wider political and economical factors, which both landlords and occupiers are conscious of, the company refers to the latest figures from Oxford Economics that indicate a 3.1% growth prediction in office based employment in the city over the next five years.

This compares to -0.4% in the previous five year cycle and is due, in part says Savills, to Glasgow’s growing information and tech sector.

Cobban added: “Landlords with office space likely to come back onto the market should consider best in class refurbishments that are relevant to the needs of the occupier and cater for the demand for ‘new’ space.

“Our What Worker’s Want research revealed 66% of workers in Glasgow value the interior layout and design of the workplace as important, the highest number recorded in the UK, however only 19% of employees feel that the layout and design of their current workplace increased their productivity. Addressing this downfall is a good place for Glasgow’s landlords to start.”

It’s been announced that Taylor & Martin, a property management company...