Households in all regions of the UK believe the value of their homes increased in September as confidence continued to improve in the housing market following initial concerns about the impact that the Brexit vote would have on house prices.

The latest Knight Frank/HIS Markit house price sentiment index shows that homeowners across all 11 regions monitored perceived the value of their property to have increased between August and September.

Households in London sensed the biggest price growth in September, followed by those in the South East and East of England.

The overall House Price Sentiment Index, based on surveys compiled by the research firm IHS Markit, hit 56.9, up from 51.4 in August – the largest month-on-month increase for seven years.

Any reading over the 50 mark reflects a belief among those polled that house prices increased in the month, but while this month’s higher reading will be welcomed by many homeowners, particularly property investors, it remains lower than the 59.9 average for the six months leading up to the EU referendum on 23 June, when the UK voted to leave the 28-member state.

"House price sentiment is mirroring the broader pick-up in confidence after Brexit,” said Gráinne Gilmore (below), head of UK residential research at Knight Frank. “This comes as initial data shows a continuing positive picture for both employment and economic output." 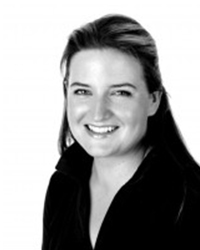 With the housing market now entering the typically busier autumn season, signs are that activity levels will increase, especially in key urban areas, according to Gilmore.

She continued: “There is still uncertainty surrounding the next steps of how the UK will move to exit the European Union, and this could create some economic turbulence. Yet the fundamentals of the housing market remain unchanged, underpinned by limited supply and ultra-low mortgage rates.”

There are early signs of a “V-shaped recovery” in house price sentiment across all UK regions monitored by the survey, according to Tim Moore, senior economist at IHS Markit.

He said: “September data highlights a sustained recovery in house price sentiment from the three-and-a-half year low seen just after the EU referendum. In each of the past two months, UK households’ views have become more upbeat in terms of both current property values and expected prices for the year ahead.”

A higher number of households across the UK perceive that the...