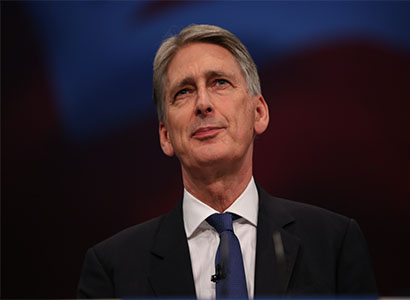 The Help to Buy mortgage guarantee scheme, which has attracted strong demand from borrowers looking for higher loan-to-value (LTV) home loans, particularly first-time buyers, will not continue beyond the end of this year, the government has confirmed.

The initiative, which was introduce in 2013 to help boost activity among first-time buyers, provides a government guarantee to lenders on mortgages where a borrower has a deposit of between 5% and 20% for existing properties as well as a new-build.

Under the scheme, the government acts as a guarantor on mortgage loans for 15% of the value of the property, offering banks and building societies greater peace of mind in order to encourage them to offer higher LTV products of between 80% and 95%.

But the Bank of England’s Financial Policy Committee last week said that the scheme was no longer needed, and now the chancellor Phillip Hammond has confirmed that it will not go on beyond the end of 2016 as planned.

In a letter to the Bank of England, Hammond outlined the changes that have occurred in the mortgage market.

He wrote: “There are now over 30 lenders offering 90-95% loans outside the scheme. This reflects the fact that the scheme was introduced with a specific purpose that has now been successfully achieved and, as such, I can confirm that it will close to new loans at the end of 2016 as planned.”

Richard Sexton, director at e.surv commented, commented: “To date, the government has demonstrated enthusiasm in its appetite to support the housing market. This U-turn by the Chancellor begs the question of whether a change of emphasis is afoot. A fluid housing market is key to the overall health of the economy, and supporting first-time buyers onto the property ladder is critical to achieving that.

“The early success of the scheme led many high street lenders to include higher LTV products in their offerings. With this in mind, the withdrawal of Help to Buy may not have a dramatic an impact on the market.  However, lenders who made plans to include the scheme as part of their product range may now have to revise their strategies.

“It will be interesting to see how this move affects transaction levels over the coming months, and how lenders and borrowers alike react to the change. While the housing market is certainly on the road to recovery, we are not out of the woods yet, and the industry and the government need to work together to ensure the market remains accessible to those looking to take their first steps onto the ladder.”

Despite the decision to scrap the Help to Buy mortgage guarantee scheme, the chancellor has reiterated the government’s continued commitment to the overall Help to Buy programme and other initiatives designed to support the property market.

The chancellor Phillip Hammond should use his upcoming Autumn Statement to...

Bank of England MPC decision has ‘direct implications for every household’ ...

The Bank of England has warned households to expect interest rates...

The proportion of people acquiring property with a large deposit dropped...