Auction roundup ā as we enter another year like no otherā¦ 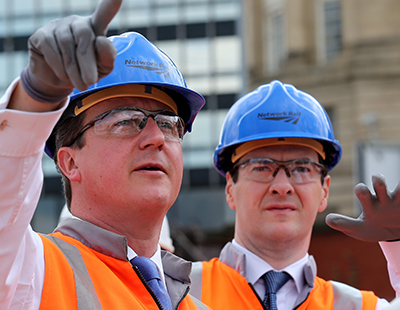 The Brexit vote will undoubtedly dominate David Cameron's legacy as Prime Minister, but he should also be remembered for leaving behind a healthier housing market compared with his most recent predecessors in office, according to the Housing & Finance Institute (HFI).

With more than 750,000 homes built during their term of office already, with final figures to be released in the coming months, David Cameron and George Osborne’s housing legacy is the strongest of any government for a generation, according to Natalie Elphicke, chief executive of the HFI.

Despite the recent dip in housebuilding levels, and general housing shortage across the UK, Elphicke believes that the government’s target of building 1m new homes over this parliament is a realistic one, thanks largely to the “strong inheritance” handed over to the new Prime Minster Theresa May and Chancellor Phillip Hammond.

She said: “It is true we have some serious housing challenges, but it is also a fact we have made some extraordinary steps forward since David Cameron and George Osborne took control of the tiller in 2010.

“For two politicians perceived to be masters of spin and presentation, they failed to sell their ground-breaking housing achievements while in government. But they really did preside over record-breaking housebuilding, a reformed planning policy and a package of reforms that leave our housing industry in a much stronger position than when they took office six years ago.

“Cameron and Osborne’s is the strongest housing legacy of any government for over 35 years.”

The HFI point out that as Chancellor, Osborne put housing at the heart of Britain’s recovery and growth strategy, committing more than £38bn of public money into the sector; “a scale of public finance housing support that has not seen since the post war era”, Elphicke added.

Elphicke also commended the “wholesale reform of planning” through the introduction of the National Planning Policy Framework, which enabled councils and housing businesses alike to understand what housing is needed and where.

“Action has been taken on empty homes, on better utilisation of existing social housing stock and on keeping Britain building.”

The HFI has also identified the flagship Help to Buy scheme as a key driver to their success, which did not just boost demand, but also gave housebuilders confidence to increase the supply of new housing in the knowledge that  purchasers had the means of buying property post-credit crunch.

Elphicke continued: “These root and branch reforms of housing are working. Britain has more fuel in its housing tank than at any recent time. Planning permissions are at an eight year high with over 475,000 in stock at the beginning of 2016. Over 200,000 additional homes have been added to the council tax base in the year to March 2016. There are fewer empty homes than at any time since records began.”

The HFI also commended Cameron and Osborne for their social housing record, having overseen the only net increase in the number of households in social housing of any of the last five governments.

Speaking of what now needs to be done by the new government, Elphicke commented: “To keep Britain building, Hammond will need to steady the global financial markets and continue with Help to Buy and other interventions.

“The previous government had dipped a toe in the water for building directly commissioned by government and was supporting the development of construction and other skills academies, encouraging off-site manufacturing, re-invigorating estate regeneration and nurturing the return of smaller builders.

“To counter the short term Brexit impact, the new government will need to accelerate the pace of change for these critical areas.”

Investor demand drives up property prices in Sydney and Melbourne ...

A surge in demand from inventors is continuing to drive up...