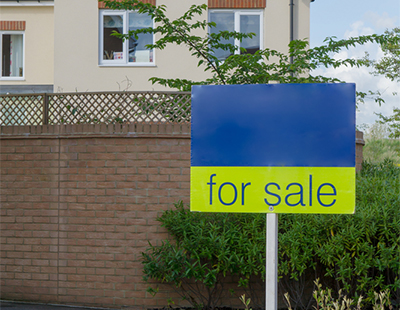 The number of homes that came onto the sales market dropped at its sharpest rate to date while buyer demand fell to an eight-year low following the UK’s decision to exit the European Union, the latest Royal Institution of Chartered Surveyors (RICS) survey has revealed.

The RICS survey for June, which reflects housing market sentiment among the institution’s members, revealed that surveyors across the whole the UK were generally expecting property prices to fall in the coming three months, with 27% more surveyors anticipating a fall in property prices rather than an increase in the short term.

The report, based on data collected post EU referendum result, found that a net balance of 45% more surveyors saw a fall rather than an increase in the volume of homes being put on the market during last month – the biggest fall recorded by the institution since it started gauging opinion 18 years ago.

But while housing supply has fallen in recent months, a balance of 36% of surveyors reported that new buyer enquiries had also dropped rather than increased – the most negative reading since mid-2008.

Simon Rubinsohn, RICS chief economist, commented: “Big events such as elections typically do unsettle markets, so it is no surprise that the EU referendum has been associated with a downturn in activity.

“However, even without the build-up to the vote and subsequent decision in favour of Brexit, it is likely that the housing numbers would have slowed during the second quarter of the year.

“RICS data does suggest that the dip in activity will persist over the coming months, but the critical influence looking further ahead is how the economy performs in the wake of the uncertainty triggered by the vote to leave.”

With continuous uncertainty stemming from the EU referendum, Andy Sommerville, director at Search Acumen, is not surprised to see that buyer enquires have fallen, resulting in a significant decline in agreed property sales.

But he hopes that the tumultuous political and economic landscape we have seen over the past weeks is now coming to its end.

He said: “The financial markets have begun to absorb the shock whilst Theresa May’s ‘Brexit government’ takes office.

“Despite forecasts expecting agreed sales activity to remain subdued, the undertones from business and government in the near future will be stability, as all industries begin to prepare for an EU exit.”