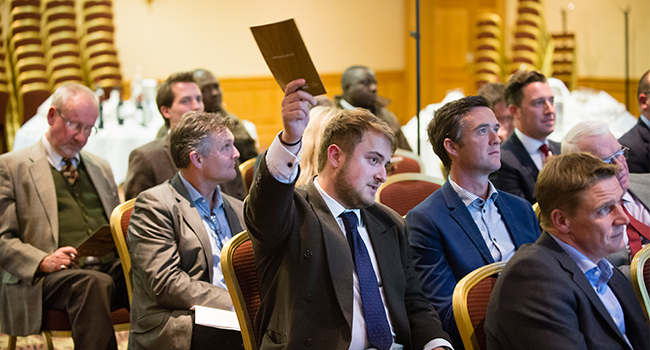 A new auction house has been launched as part of city property investment firm ALB Group, it has been announced.

The new auction department will be set up by Paul Giles, the former head of Savills’ commercial auction team in Nottingham, who joined the firm last week, after being approached by the company’s owner Arran Bailey.

The decision to launch a new auction house reflects the fact that auctions are growing in popularity, according to Bailey.

He said: “There has been a lot of investor interest in this fast-growing sector of the property market, which appeals to both buyers and sellers by offering quicker sales and higher levels of certainty over the traditional methods of sale.

“With completions taking place at auction within 28 days of the sale, there is huge appeal by both buyers and sellers alike in knowing that their deal is secure without the risk of gazumping, unforeseen delays and abortive transactions.

“In today's fast-paced world, where global events can very quickly affect property markets, an auction has within its armoury the ability to stream extensive up-to-date information to people's smartphones and tablets, making them highly-informed buyers and offering a more responsive and effective tool for adapting to market forces, something the traditional methods of sale can't adjust to.”

The first auction is scheduled to take place at Nottingham Racecourse on Tuesday 13th December  2016, with entries being invited from early September.

Bailey added: “Paul is not only a best-in-class agent but highly experienced in the fast-paced world of auctions, which has become a mainstream and preferred method of transacting both residential and commercial property – affording speed and certainty to both buyers and sellers.”

A development of 21 flats in Hanley was given the green...

Leeds is an ‘increasingly desirable location’ ...

Economically vibrant and at the heart of the Northern Powerhouse, Leeds...