Data from the new UK House Price Index, provided by the Land Registry, Registers of Scotland, Land & Property Services Northern Ireland and the Valuation Office Agency, show that monthly house prices have increased by 0.6% since March 2016.

In England, the April data reveals an annual price increase of 9.1% which takes the average property value to £224,731. Monthly house prices rose by 0.7% since March 2016.

The North East saw the lowest annual price growth with an increase of 0.1%, while the South West saw the most significant monthly price fall with a movement of -2.8%. 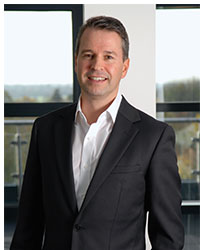 Andy Sommerville (right), director of Search Acumen, commented: “The 8.2% leap in UK-wide prices from April 2015 to 2016 is much higher than the 5% year-on-year leap seen in April 2014-2015, which shows just how much house prices have shot up in the past year, despite the relatively moderate price rises we’ve seen in the last few months.

“The EU Brexit debate has also zoomed in on house prices, and the potential costs of both remaining and leaving, which is putting people off buying and selling.”

Whatever the result may be next week, Sommerville insists believes that the housing market is fundamentally strong and that the “huge gap” between demand for homes and the numbers being built will continue to see house prices rise.

“The picture it [the Land Registry data] paints of price inflation is business as usual – especially in the frothiest corner of England where the usual suspects of London, East Anglia and the Southeast continue to jockey for double-digit bragging rights. 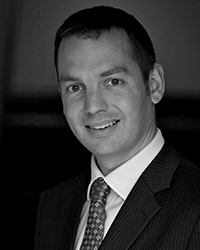 “In transaction terms things are far less rosy, especially in  the higher price brackets where more sales are discretionary  and many sellers are holding off putting their properties on  the market until after the Brexit uncertainty is past,” added  Hopper (pictured).

“With the Halifax recording a 45% slump in house sales  during April – taking the number of transactions down to its  lowest level for two years – shortage of supply rather than abundant buyer confidence could be the primary driver for the price rises.”