There has been a significant increase in the number of lots offered for sale ahead of Sutton Kersh’s next property auction in Liverpool.

The sale, which will take place on Thursday 26th May at the Crowne Plaza in Liverpool centre, will feature 102 lots, up 19% compared to the firm's May 2015 auction.

The auction will feature a wide range of lots, from plots of lands, some with a nil reserve to commercial investments, vacant residential properties and some promising development prospects. 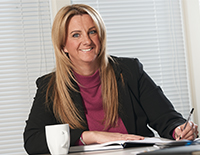 “We fully expect sales figures to be high again for the next auction, which is a good sign of the buoyancy of the property market in the Liverpool city region,” said Cathy Holt (pictured), associate director of Sutton Kersh.

Among the lots on offer there are many unique properties that are worthy of mention, with the auction house giving particular mention to the Banjo Pub in Bootle and the Tabernacle United Reformed Church in Holywell.

Sutton Kersh also reports that lot 70 (below), a three-storey semi-detached property in Sefton Park, has received a lot of interest due to its potential. The property includes six separate flats with front and rear gardens, and comes at a guide price of £325,000.

Other properties of interest include lot 1, a three-bedroom semi-detached property in Norton Grove, Maghull. The property is set at a guide price of £70,000 and let at £4,092 per annum.

Various shrewd investors are also expected to have one eye on lot number 88, a two-bedroom semi-detached house in Oxton Close.

The property which is located four miles from Liverpool city centre, is offered at a guide price of £90,000. But the auctioneer was quick to point out that a similar property a stone’s throw away was sold at Sutton Kersh’s last auction for £143,000. 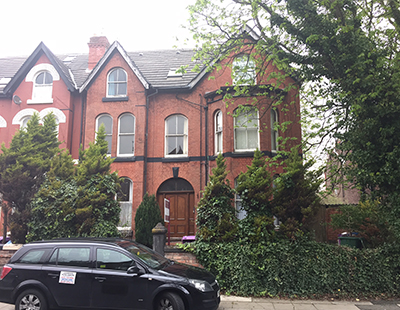 It was standing room only at Liverpool’s latest property auction ...

There were 158 lots on offer at the Crowne Plaza Hotel...

Part 1 – what will property auctions look like in the future? ...

The coronavirus pandemic has affected every single part of the property...

As we reach the end of October, Property Investor Today looks at...