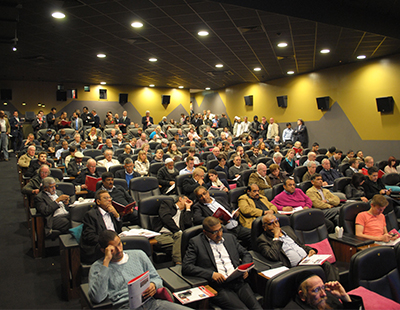 A growing number of vendors are opting to sell homes under the hammer in order to avoid the conventional drawn out process of property buying via the private treaty, according to a leading expert.

While property auctions used to be dominated by investors and buyers looking for major projects, they are now also starting to attract more mainstream buyers and sellers who like the fact that a property is sold as soon as the auctioneer’s gavel falls, according to Andrew Parker, managing director at Graham Penny Auctions.

“More and more sellers are seeing the benefit of selling their properties by auction and the prices we've achieved for our vendor clients so far this year are encouraging more sellers to contact us,” said Andrew Parker, managing director at Graham Penny Auctions.

“The bonus with buying a property at auction rather than through a private treaty sale is that it's a quick process and when the hammer falls the sale is secure, contracts are exchanged and the sale is completed within a month,” he added.

The new regulations indicate that the additional stamp duty can be claimed back if the first property is sold within 36 months. However, in practice, Binstock says that solicitors will be duty-bound to warn their clients about the tax implications of owning more than one property – especially if their original home fails to sell within that time.

Binstock explained: “Previously, people were willing to own two homes simultaneously for a short time, if it prevented the chain in which they were involved from falling apart. The danger is, of course, that if their original home is still on the market after three years, they won’t be able to recover the extra Stamp Duty. This will inevitably lead to delays and fall-throughs in the estate agency process. As a result, more sellers are likely to choose the speed and certainty of auction instead.”

Investors attracted to deals in Derby ...

The BBC's Homes Under The Hammer crew were in Derby last...