The pound rose 1% against the dollar yesterday and also strengthened against the euro amid signs that the 'remain' camp is pulling ahead in the campaign over Britain’s membership of the European Union, which is good news for UK based investors seeking to buy property abroad.

The pound to dollar exchange rate hit $1.45 on Tuesday while the pound strengthened against the euro to €1.28, after a number of recent polls suggested that the ‘remain’ camp is winning ahead of next month’s referendum.

Unless you already have funds in a particular country, it is important to think about currency and exchange rates when investing in a home overseas, with currency fluctuations impacting on the final price you pay for a property. 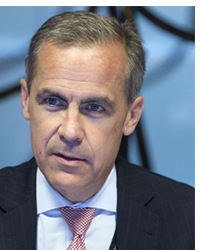 Many experts expect to see sterling strengthen further if Britain does vote to remain in the EU and fall if the country exits the 28-member bloc.

Only last week, the governor of the Bank of England Mark Carney (pictured) warned of a possible “sharp” decline in sterling if Britain opts to leave the EU next month. According to the Bank, 50% of sterling’s depreciation since November last year can be attributed to concerns around Brexit.

When investing in property abroad, many people fail to take into...

Mortgage rates in the UK could increase in the short-term if...