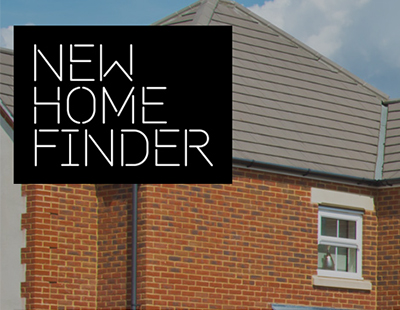 The level of housebuilding in the UK rose to its highest-ever level in the first quarter of this year, despite a wider fall in construction output.

The latest figures from the Office for National Statistics (ONS) show that there was a rise in both public and private new housing sectors, as developers responded to high demand from buyers and renters.

From January to March, there was an increase of 4.8% in total new housing output compared with the three months previous, with the public housing sector recording an increase of 4.2%, while the private sector saw a rise of 4.9%.

When compared with the corresponding period a year ago, there was an increase of 3.4% in total housing, with private housing increasing by 7.5% offset slightly by a fall in public new housing of 14.3%.

The increase in the volume of new homes under construction comes in spite of a wider fall in construction output.

“Behind the grey headlines, housebuilding is the one bright spot in the current construction landscape," said Charles Holland, head of residential development and investment at Marsh & Parsons.

But Richard Connolly, chief executive officer at Rentplus, expressed concern at the fact that public new housing output in quarter one of this year fell by just over 14% annually.

“This throws into sharp relief the budgetary constraints the public sector is operating under and it is vital that we find a variety of solutions which will increase, not decrease, the number of affordable homes available,” he said.

“It’s encouraging to see the house-building sub-sector on this upward trajectory but, at the same time, it is crucial that new homes built in the UK provide a mixture of tenures, which will allow people to put down meaningful roots in an area, building strong and long-lasting communities,” he added. “The 20% starter homes requirement which passed into law as part of the Housing and Planning Bill last week should also encompass innovative tenures such as affordable rent-to-buy – this will ensure that together we build a flexible housing market to reflect a broad range of circumstances and housing needs.”

But there is unlikely to be any respite in the weak construction figures in the coming months, according to Michael Thirkettle, chief executive of interdisciplinary international construction and property consultancy McBains Cooper.

He said: “The uncertainty over Brexit, together with the softer growth forecasts from the Bank of England, means decisions on strategic investment and major commercial projects will be delayed until at least after the referendum.”

In London especially, there are worries that prices may have peaked in some quarters.

“Housebuilders are telling us that they are waiting to see the detail of the new mayor’s housing policies before committing resources to new developments,” he added.

New housing experienced solid growth in March, up 3.8% on the...

The government yesterday launched its Midlands Energy strategy, which is expected...