Significantly more first-time-buyers would have a chance of getting a foot on the property ladder if Britain votes to leave the European Union, according to the National Association of Estate Agents (NAEA) and Association of Residential Letting Agents (ARLA).

A new report from ARLA and NAEA, compiled with the Centre for Economics and Business Research (Cebr), claims that the UK housing market will become more accessible for first-time buyers, as well as second steppers and last-time-buyers, if the UK’s total population was to fall as a consequence of an exit from the EU.

The report, which looks at the effect a ‘Brexit’ or a ‘Bremain’ result would have on the UK property market, following the referendum on 23 June, suggests that the total population in this country could fall by 1.06 million if the UK does not maintain free movement of labour as a consequence of leaving the EU. This would in turn reduce demand for property, enabling more first-time-buyers to acquire property.

However, a decline in demand for property would almost certainly result in a fall in house prices, which partly explains why more first-time buyers may be able to afford to purchase property.

Reduced migration would also affect the private rental sector (PRS). Currently, private renting is a more popular choice among UK residents born in non-UK EU countries than for UK born individuals; if migration reduces the flow of renters from Europe, demand will weaken, which would put downward pressure on rent costs.

David Cox (below), managing director, ARLA, said: “The fact that rent costs would face downward pressure is both a blessing and a curse. While renters should face fair and reasonable prices, landlords need to be able to at least break even on any out-goings they have, such as a mortgage. If demand eases to such an extent that landlords cannot recuperate costs, we’ll likely see a mass exit from the market, which would then just have the opposite effect on demand as supply falls – and we’d be back to square one.” 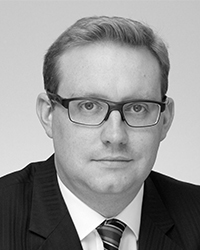