Foreign investors are expected to push through deals for properties in the Australian state of Victoria before an increase in taxes on overseas nationals acquiring property in the region is introduced.

Officials in Victoria, Australia’s most densely populated state, announced yesterday (Wednesday 27 April) that it was more than doubling taxes on foreign property buyers from 3% to 7% in a move designed to reduce the amount of foreign money, especially from China, currently pouring into the local housing market.

Foreign property investors, estate agents and solicitors now face a mad scramble to complete deals in Victoria before the deadline on 1 July.

“We anticipate a surge of activity from foreign buyers looking to complete new investments before that date,” said Elizabeth Chu, head of investment, IP Global.

The move to increase stamp duty surcharges for foreigners from the start of July comes as New Zealand considers a land tax on foreigners. Fiji recently introduced more stringent rules on property and land purchases by overseas nationals in a bid to tackle “speculation”.

Australia approved AUS$24bn (£12.5bn) in Chinese property investments in 2014-15, around double the previous year’s figure. Australian property prices, particularly in Sydney and Melbourne, have boomed over the past four years, reducing housing affordability in the process.

Chu (below) added: “After July, we expect a brief slowdown, with the market picking up again from September. Early conversations with developer partners suggest that they will take account of these changes when pricing future developments for foreign investors, which will help alleviate the new tax burden.

“We don’t expect the increased surcharge to have any significant long-term impact on the attractiveness of Melbourne to foreign property investors, particularly as the local sales market continues to strengthen.” 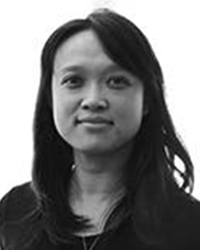 Should investors be looking at Melbourne and Sydney for BTR investment? ...

Two of Australia’s most popular cities - Melbourne and Sydney -...