Residential property prices in Scotland nosedived in the first quarter of the year despite a surge in sales, official figures have shown.

The latest Registers of Scotland (RoS) statistics reveal that the average price of a home in Scotland dropped by 8.4% to £159,198. This was in spite of the fact that the volume of sales hit a near 10-year high.

In total, 19,802 homes changed hands north of the border between January and March, the highest volume of sales in Q1 since 2007-08.

The total value was about £3.15bn, an increase of 8.3% on the previous year. However, as volumes were higher, the average price fell, as homebuyers, including many investors, snapped up a higher number of lower-value properties.

“We've seen a sustained increase in the volume of sales throughout the 2015-16 financial year,” said Kenny Crawford, director of commercial services at RoS. “While volumes are up this quarter, prices are down by 8.4% compared to the previous year, bringing the average price to £159,198.”

Although the average price of a property fell in Q1 2016, a closer look at the market shows that property prices are soaring in parts of the country as demand outstrips supply.

In Glasgow, for instance, there is now an average of eight buyers for each property on the market and in Edinburgh it can be as high as 20, according to Scottish-based property investment firm Grant Property.

“We have recently seen properties selling for as much as 15% over the asking price in Glasgow and as much as 30% in Edinburgh,” said Michelle Grant, investment director at Grant Property.

Separate figures from letting agent network Your Move show that average rents in Scotland fell by 0.7% in March to £544 per month.

Annual growth in the rental market is now at a 13-month low and Edinburgh was the only place to see rents increase last month, reaching a new peak for the city of £645 a month, due to a shortage of homes on the rental market.

Despite the overall fall in rents in March, the index also reveals that the proportion of late rent in Scotland has increased for the first time since October 2015.

Reversing the recent trend of improving tenant finances, tenant arrears rose to 11.3% of all rent due in March, up from a seven-month low of 10.9% in February and up from 8.6% a year ago.

“March has seen a very unwelcome about turn in the direction of tenant finances. Up until now Scottish tenants have been making good ground over the spring months, and paying down levels of late rent but there’s still a mountain to climb for many households," said Brian Moran (pictured), letting director at Your Move Scotland. 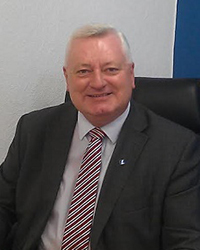 "External factors and the wider economic climate obviously have a vital impact on tenants’ bottom line and the delicate balancing act between monthly income and outgoings, but landlords on the ground can help keep a lid on affordability pressures too," he added. "Good management of buy-to-let properties and regular communication between landlords and their tenants is crucial to signpost any early concerns and avoid the likelihood of rental arrears."

It’s been announced that Taylor & Martin, a property management company...