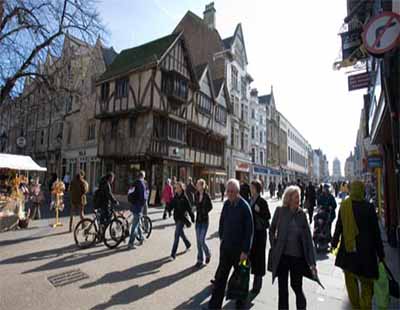 The acquisition of key land in the Oxpens area and the signing of a historic joint venture between Nuffield College, Oxford and Oxford City Council has moved a significant regeneration scheme in the city a step closer.

Oxford City Council and Nuffield College have formed a joint venture company and acquired land in the heart of Oxford's West End. This land will be used for a major £200 million mixed-use scheme, including hundreds of new homes, offices and potentially even a new hotel. The purchase brings to a halt years of uncertainty surrounding the Oxpens area and goes alongside Nuffield College’s acquisition of the Jam Factory and Island Site from Christ Church last year.

One of the largest development areas in Oxford's West End, the Oxpens site is situated opposite the new John Lewis and close by to the new Westgage shopping centre and Oxford railway station.

“We have made a real breakthrough and are very excited about these plans," Nuffield College Bursar Gwilym Hughes said of the scheme. "We see this site as playing a pivotal key role in addressing the lack of affordable housing for a wide range of people in Oxford."

He added: "The regeneration of the West End will be of huge benefit to everyone and I cannot think of a groundbreaking approach like this that has been taken in Oxford before. Everyone realises you cannot do these schemes in isolation and we have now got to see how these sites could fit together.”

Hughes hopes that the academic buildings for the College and Oxford University in the city's West End could be joined with new homes, commercial and leisure buildings. This, he believes, would create a “cluster” for the social sciences as well as vibrant public spaces.

The future of the high street? LCP completes office-resi conversion in Oxford ...

LCP, a national commercial property and investment company, has announced that...