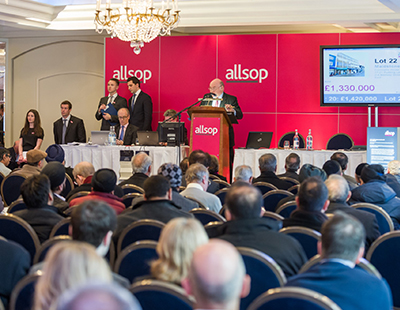 Retail property is currently one of the hottest sectors in demand from investors as they seek higher yielding assets that are benefiting from an improvement in consumer sentiment.

Consumer spending is continuing to drive a recovery in regional property values, as reflective by Allsop’s latest commercial auction, which topped off a record year for the company, taking the total raised in 2016 to more than £600m.

Major competition for good locations resulted in average margins above the reserve prices increasing to 27%, up from an annual average of 16%.

Industrial investments made up 13% of the catalogue, compared to an average of 7% in the year to date, and the sector saw strong demand, with 82% of lots in this sector selling.

But ultimately it was retail property that stole the show.

Yields for well-let, grade A retail investments moved in to 6% from an annual average of 6.3% and mid-range, grade B retail remained unchanged at 8.2%. Overall retail yields, including multi-let buildings and parades, moved out slightly to 7.9% from 7.6%.

Duncan Moir, partner and auctioneer at Allsop, commented: “It was a buoyant room, with strong competition in a good number of sectors. The private investor clearly has deep pockets. There remains some price sensitivity in secondary areas, but the sale levels for better locations are very well supported.”