It is now more affordable than ever before to take out a mortgage, new figures from the Council of Mortgage Lenders (CML) show.

A price war between lenders means that borrowing rates have never been cheaper, making it the perfect opportunity for homebuyers or anyone remortgaging.

The amount borrowers are paying as a percentage of their household income to service capital and interest rates reached a historic low this month for both first-time buyers and home movers, at 17.8% and 17.7% respectively.

Affordability metrics for first-time buyers saw the typical loan size fell to £133,000 in September from £136,400 in August.

The average household income also decreased slightly from £41,000 in August to £40,200 in September.

This meant the income multiple was slightly down from 3.56 to 3.53.

“Mortgage affordability reached an historic low in September, for both first-time buyers and home movers, which partly reflects the re-pricing of mortgages following August’s base rate cut,” said Paul Smee, director general of the CML. “This should help turn strong appetite for home-ownership into a reality as we approach the closing months of the year.” 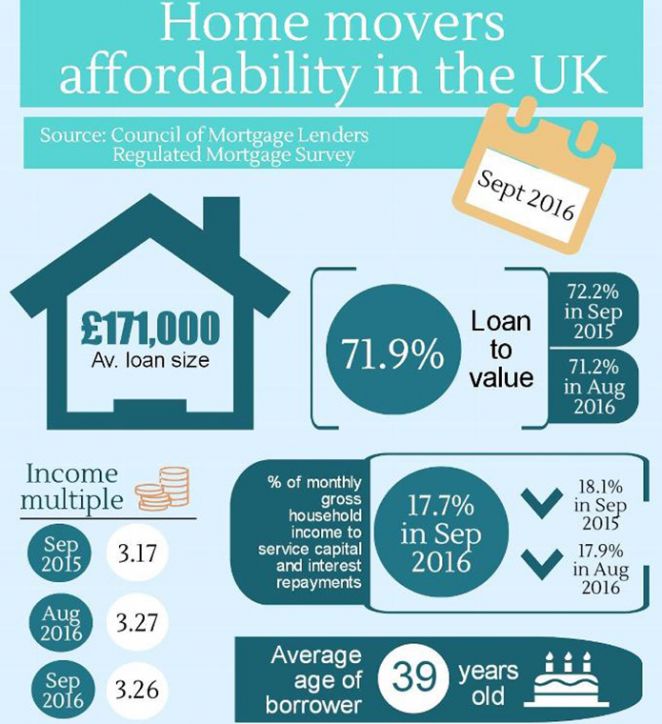 Record-low borrowing levels has helped to ensure that the UK housing market remains resilient in the face of adversity from the vote for Brexit and the subsequent political turbulence.

David Brown, CEO of Marsh & Parsons, said: “Low interest rates have improved affordability for buyers and helped drive activity for those who can get great deals. Therefore, while uncertainty remains about the outcome of Brexit negotiations, confidence in property remains high for hopeful homebuyers, investors and sellers.”

More than a third of prime London property acquisitions made by...