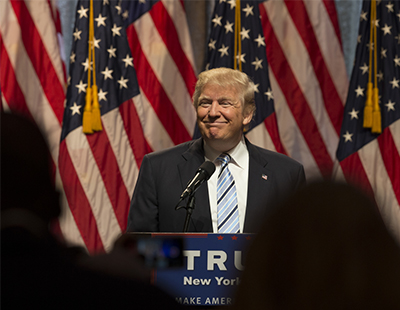 World trade markets plunged after billionaire property developer Donald Trump won the US election and is now set to become the 45th president of the United States.

The election result sent Britain's FTSE 100 on a rollecoster ride, while it has been suggested that many people in America could leave the country, with some heading to Britain, where half of the country is wallowing in the wake of the vote to leave the EU.

“Many companies and investors may look to move their investments and companies, at least in part, out of the US to safer havens,” said Ohio-born Jean Liggett, CEO of UK's Properties of the World.

Liggett believes that Trump’s election could generate a significant movement in the US dollar and potentially jeopardise US diplomatic relations across the world, but it could also “prove beneficial for the UK property market”.

She added: "Many investors may look to migrate their portfolios from the US to a more secure and predictable market - the UK. This may even mean that the sterling could rise in value."

Dell commented: “Following the victory of Donald Trump in the US election, we will almost certainly see market turmoil and weakening of the dollar. As a result, global investment into prime central London property is likely to increase from investors who hold the view that Trump is risky for the markets.

“Indeed, we are already seeing a flight to safe haven assets such as gold this morning and prime central London property has always been seen as a safe haven asset in turbulent times.”

Dell also expects to see some wealthy US citizens, “particularly those most offended by Trump”, move to the UK.

She added: “Foreign buyers, particularly those from the Middle East and of Muslim faith, may enter the London property market, too, as they decide not to buy property in the US due to his remarks about banning Muslims from entering the country.”

Chinese property investors are losing interest in the U.S. ...

A growing number of Chinese investors are shunning the U.S. property...

Stamp duty reform is needed to solve the housing crisis ...

Reducing stamp duty is the key to unlocking the housing crisis,...