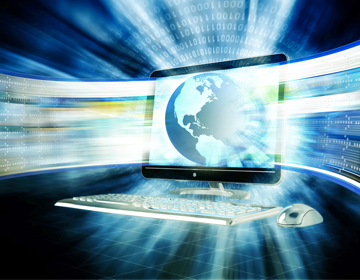 A reliable broadband connection or good mobile coverage is now one of the first services that prospective homebuyers will now look for in a new home, as it something that most people simply cannot live without, new research shows.

The study by Knight Frank found that having a superfast broadband connection or good mobile coverage is now equal to a good view, with 61.4% of respondents stating that good internet connectivity and phone signal was important to them when moving house. This compares to 60.8% who said the same about a good view.

Oliver Knight, associate, Knight Frank Research, said of the results: “In an age of Wi-Fi, tablets and streaming, it is unsurprising that fast and reliable internet access is seen as a necessity among home movers.

“Technology improvements, including fast, reliable internet have meant that working from home is a viable option for many, potentially cutting down on both commuting time and costs. This is likely to be particularly relevant for buyers in more rural property markets.”

Separate research from LivingCom found that high-speed internet connectivity is also an essential part of renting, with 96% of existing private renters saying a lack of internet services when moving into a property is a major frustration.

In fact, according to Gocompare.com Broadband, many Britons now consider internet connection to be more important than heating.

The study by the comparison site revealed that 76% of British adults view broadband as an essential utility, with around a third – 36% - saying they could not live without it.

The study also uncovered how broadband has become a deal breaker when it comes to property, with one in five saying they would not buy a house if it had a poor internet connection.

Ben Wilson, from Gocompare.com Broadband, said: “These figures highlight just how important the internet has become in our daily lives, with the majority of people now considering it an essential utility, like energy or water.”

“The internet has quietly become a vital part in many people’s day-to-day lives and as such it’s now more important than ever to make sure you’re with the right provider at the right price,” he added.

Majority of homeowners willing to pay more for a house with fast broadband ...

A speedy broadband connection was the third most important factor for...

Tottenham Hotspur has edged out rivals West Ham and Watford to...

Surge in demand for office space in Sheffield is ‘positive news for investors’ ...