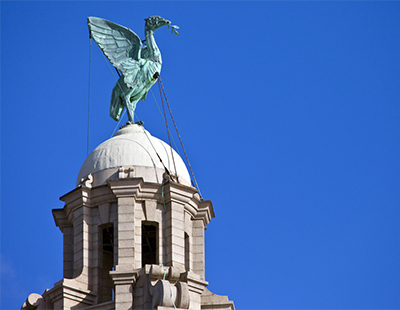 One of Britain’s most iconic buildings looks set to attract strong interest from both national and international property investors after being put up for sale for the first time in its history.

CBRE has been instructed to sell the landmark Royal Liver building in Liverpool, which opened in 1911 as the headquarters of the Royal Liver Assurance Group.

Owner Royal London Group, who acquired the building in its centenary year as part of a takeover, has decided that the time is right to sell the Grade I listed property, which is home to the two famous Liver Birds that watch over the city and the sea.

The property extends to more than 330,000 sq ft of office and events space, and is also occupied by Princes Foods, Mott MacDonald and Grant Thornton.

Colin Thomasson, executive director at CBRE, commented: “The Royal Liver Building is known worldwide and we expect the sale to attract strong interest from investors in the UK and around the globe.

“Our clients have been great custodians of this building for over 100 years, and this sale presents an extremely rare opportunity to acquire a unique part of Liverpool's heritage.”

Understanding MEES – a guide for landlords ...

A property valuations and disposals firm has been appointed by the...