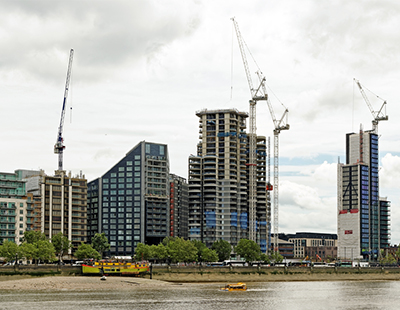 The Nine Elms’ borough of Southwark has experienced a boom in residential property prices over the past 12 months, but with concerns over a glut of new build homes in the area some experts believe that local property values are on a downward trajectory.

According to CBRE Research, Nine Elms’ borough of Southwark has experienced a 16% rise in home price growth in the last year alone. This figure is higher than London’s average property price growth prompting some commentators to forecast a drop in property prices in light of higher stamp duty costs, a weaker global economy, Brexit-related uncertainty and course an oversupply of new build homes in the area.

Leading investment bank Morgan Stanley claimed earlier this year that clouds were gathering over the capital’s property market and that areas like Nine Elms could see “a 10-20% fall in new-build, high-end residential pricing in 2016”.

CBRE, which has been heavily involved with the Nine Elms project as a development and sales consultancy, offering advice on the overall redevelopment of the area, points out that over the next few years Nine Elms will be transformed in to a whole new district for London, creating more than 20,000 new homes and 25,000 jobs, becoming an important commercial, retail and cultural hub.

“The landmark regeneration of Nine Elms will provide new homes and jobs, drive infrastructure improvements and establish this part of town as a new destination for London,” said James Thornett, head of residential lettings at CBRE, which recently opened an office in Nine Elms.