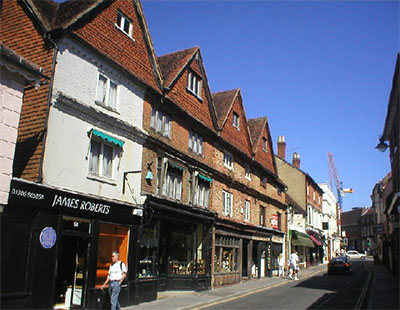 Dorking has come out on top as the UK’s top commuter hotspot for 2016, based on average house prices, length of daily commute and train frequency, it has been reported.

According to analysis from estate agent Jackson-Stops & Staff, the sought-after area of Dorking in Surrey took first place. Nick Leeming, Chairman at Jackson-Stops & Staff’s, commented: “Dorking not only boasts average property prices below those seen in London – you can purchase a spacious detached family home for less than £500,000 – but an annual travel card that comes in at under £3,500 and a journey time into London of under one hour.”

Dorking is also succinctly linked to the M25 and Gatwick Airport, whilst Surrey Hills, An Area of Outstanding Natural Beauty (AONB) is located close by.

The Hampshire area of Farnborough, and Weybridge, also located in Surrey, took second and third place in the analysis, as both offer a fairly quick commute into the capital whilst having much more affordable house prices than more Central London areas.

For those who commute into the city every day, they have received a further boost; as rail fares will only increase by 1.1% in 2016 which is the lowest annual rise in six years.

The analysis also revealed that the commuting environment and train frequency is also highly valued by commuters, according to Leeming: “Ultimately people are trying to get from A to B so frequency of trains and journey times are also integral, as is getting a seat on the train each morning".