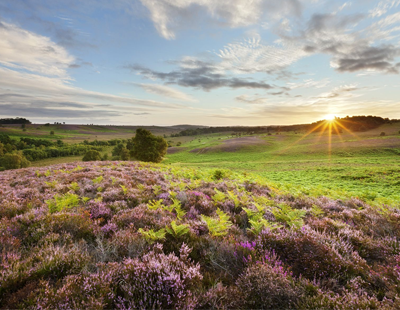 New research by Knight Frank has revealed there is a premium for properties situated within a National Park or an Area of Outstanding Natural Beauty (AONB) in England and Wales.

Topping the National Park rankings was the New Forest, which had both the highest average house price (£451,241) and the largest premium (93%) in comparison to average prices in its host country.

In the areas surrounding ten out of thirteen parks prices were higher than the local market average by 20% or more, with the average premium standing at 42%.

Gower, a region in South Wales which was the first in Britain to be designated an AONB in 1956, came top of the rankings with a premium of 125%, compared to average prices in its host country.

The report also made a number of additional findings. Prices have increased by almost 1% so far this year and by 2.5% annually. Despite this, prices are still below their peak levels, creating an opportunity for eagle-eyed buyers.

Elsewhere, prime market activity has picked up over the last 12 months. In particular, the outlook for the prime country market – post-general election – is positive. However, this is unlikely to pave the way for jump in house prices as the market absorbs the recent changes to stamp duty.

“The high quality of life connected with living in some of the most beautiful and distinctive landscapes in England and Wales is an obvious attraction for many home buyers and our research shows there is a premium for homes located within a National Park or an AONB,” commented Oliver Knight of Knight Frank Residential Research. “Supply of stock in these areas can often fall short of demand as there are more restrictive planning regimes, and this is one factor underpinning pricing.”

He added: “The Surrey Hills was the most expensive AONB or National Park in 2014 with an average house price of £568,000.Being within easy reach of London and in close proximity to major towns such as Guildford and Epsom, this is a popular commuter location and strong demand on the back of this – especially from London - has underpinned house prices.”

Government-owned car parks have the potential to deliver 110,000 new homes...