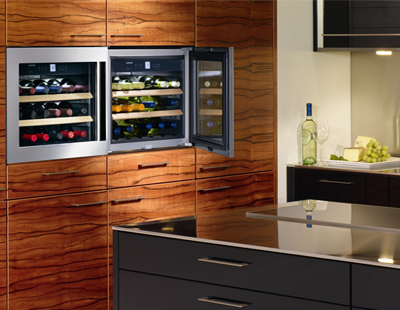 Kitchen designers and property developers have revealed that almost half of their customers have requested wine coolers in the last year.

Wine coolers were named as the number one kitchen must-have with 48% of customers requesting one in their home, up by a third in the last 12 months.

The emergence of wine coolers was also evident in the development of new-build properties, with 26% of property developers stating that they now install wine coolers as standard.

Other items that made that made an appearance on the list of kitchen must-haves was a boiling water tap, with 43%, and an induction hob came in at third place with 15%.

Nick Brabham, head of SELECT Premier Insurance, discusses the Brits growing appetite for wine: “As wine continues to dominate the dining room table, it’s no surprise that we are seeing an increase in demand for dedicated wine coolers. Many of these kitchen must-haves are fun, functional and aesthetically pleasing, but they often come with a hefty price tag.”

“Kitchen gadget aficionados would be wise to understand that if they’re upgrading their kitchen accessories, they may need to upgrade their insurance cover too. Before having these valuable facilities installed, homeowners should speak to their insurer to ensure they have sufficient cover,” he added.

Revealed – in which UK areas has housebuilding activity thrived? ...

The latest new-build property market insight from BuildScan has revealed which...