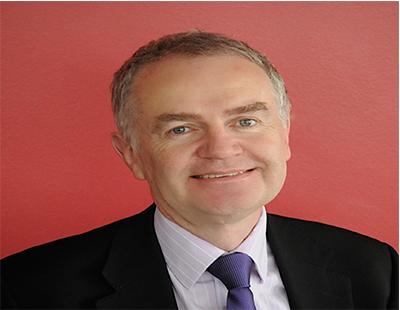 The government will be extending mandatory licensing of Houses in Multiple Occupation (HMOs) in order to raise the standards in the private rented sector in England from 2016 onwards, and is welcoming views from individuals and organisations on the proposals it has outlined.

Many proposals have been introduced in this consultation and there are some welcome changes including the introduction of clearly defined minimum space requirements, as well as simplifying the licensing application process, particularly for landlords with multiple properties.

Although the government believes the current threshold of five people per property from two separate households is correct, it has put forward the case for extending licensing to two storey and possibly one storey buildings, and is also revoking the exemption for HMOs let to family members.

Raising standards is a worthy goal, but the means must be justified

There was a clear rationale for introducing mandatory licensing in 2006 to cover larger HMOs, and on the face of it, there is a clear rationale for ensuring smaller HMOs are also adequately protected and properly managed. The market has changed over the past decade. In fact, it has been estimated that there are approximately 463,000 HMOs in England. This not only highlights how booming prices and restricted affordability are necessitating the growth of single-room lets, but also how the rented housing sector is an absolutely crucial part of the UK’s housing market.

Certain types of private rental accommodation including HMO, tend to be the only housing option for some of the most vulnerable people in society who do not have access to alternative housing. Therefore, regulators have a clear motive for ensuring that legislation is to the benefit of both landlords and tenants, because by deterring investment in the sector, they risk displacing the thousands of tenants who rely on it.

New legislation must be thought through

New regulation therefore needs to be thought through and subject to scrutiny. Will new licensing laws succeed in their aim to support good landlords who provide well-maintained properties, or will it simply penalise law-abiding landlords while the rogues continue to fly under the radar? Will it make it easier for local authorities to raise standards in smaller HMOs where there is a legitimate need for improvement, or will it result in a number of frivolous prosecutions for minor infractions simply as an excuse to raise revenue?

Property is usually a long-term investment, with many landlords managing properties for three decades or more before exiting. Redefining how a property should be built every five to ten years may do no more than either turn currently compliant landlords into criminals, or force them to invest further money in bringing a previously perfectly habitable home up to the new standards.

In addition, cuts to local government spending have left many local authorities with insufficient resources to cope with any additional licensing burden. If poorly administered, any additional mandatory licensing scheme is even more likely to have a deleterious effect. Local authorities already have the ability to extend ‘additional licensing’ if there is a perceived local need to do so – but will there really be a benefit to mandating it nationally?

Staying ahead of the compliance curve

It is of course important to have rules in place to ensure both landlords and tenants are fully aware of their rights and responsibilities. However, too much regulation can stifle future growth. With the government introducing new housing legislation at a startling rate, many good landlords are simply unable to keep up with the volume and speed of these regulatory changes – particularly when, as we have seen with other developments such as Right to Rent checks and Rent Smart Wales, little is done to adequately communicate to landlords the full extent of their changing obligations.

Tackling the minority of landlords who abuse the system and provide substandard accommodation is an admirable aim.  However, the usual questions apply. Will these changes actually serve to bring so-called rogues within the boundaries of compliance, or will they add a further regulatory burden to the majority of landlords who provide decent homes to their tenants? How will the government fulfil its obligation to communicate these changes to the landlord population before they take effect so we avoid a situation where landlords who are compliant with current laws but unaware of the changes are not punished unnecessarily?

If the government recognises, as it claims to, the important part landlords play in providing housing for the UK, it should strongly consider whether legislating with such frequency might be doing more harm than good.

This article was written by Andrew Turner, director at Commercial Trust.

New research has revealed that Leeds is the best city in...

Can planning help to solve the social care crisis? ...

In this guest piece, Bidwells discusses the important role that planning...