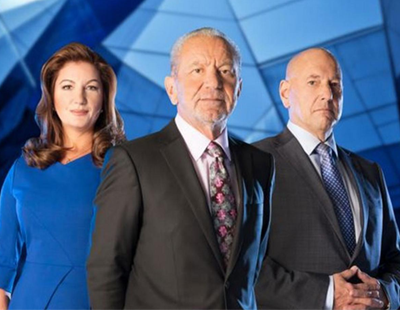 The 11th series of The Apprentice started on Wednesday, with 18 candidates seeking to impress Lord Sugar while remaining under the watchful eye of Karren Brady and new aide Claude Littner (the terrifying one from the interview episode).

The boardroom might see them sniping, squirming and passing the buck, but the contestants will be able to unwind in much more luxurious surroundings after each task. Thanks to some super detective work by Zoopla, this year's plush living quarters have been revealed.

After a hard day of getting lost in London, desperate last-minute selling, meltdowns, triumphs and maybe even a brush with Lord Sugar's firing finger, the bickering candidates can relax in the environs of a sprawling six-bedroom mansion, right in the heart of the West End.

Zoopla reckons it has a sale value of over £7.6 million. This hefty price tag is partly explained by the roof terrace, built-in state-of-the-art sound system and even staff quarters. The terraced house also includes five en-suite bathrooms and a mixture of contemporary and classical décor.

Located on John Street in WC1N, the property was last sold in January 2011 for £5 million and commanded a rental value of over £17,117 per month when it was listed on Zoopla in October 2014.