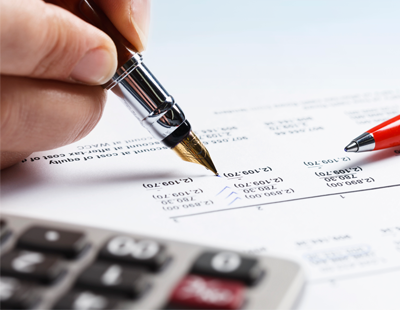 The vast majority of UK households believe house prices in their area will rise in the next six months, according to property website Zoopla.

Some 92% of 5,000 homeowners surveyed said they are anticipating further rises, compared to 88% this time last year.

The highest percentage of optimistic homeowners was recorded in the East of England (97%, closely followed by owners in London and the South East (96%).

The average rise predicted by respondents over the next six months is 7.2% - markedly higher than the majority of industry forecasts, including Hamptons International's, which currently sits at 4.5%.

More Brits are looking to capitalise on rising prices, Zoopla says, with 19% of participants saying they are planning to sell their property – compared to 15% when the survey was carried out in 2014.

Zoopla says that despite homeowner confidence around house prices, sentiment around the accessibility of funding is more volatile.

More than a quarter of homeowners taking part in the survey say they have noticed a recent increase in difficulty in securing mortgage funding.

“With the brightening national economic outlook – with real-terms wages rising and consumer confidence almost back up to pre-recession levels – this bodes well for the property market in 2016,” says Lawrence Hall, Zoopla's Head of Communications.

“While traditionally the estate agency market tends to take a break over Christmas in terms of completions and viewings, homeowner confidence shows no sign of slowing down and many individuals use the end of the year as a landmark to evaluate how much their property has appreciated over the calendar year.”

He says concerns around mortgage funding is the only 'chink in the armour' of the market as we move towards the New Year.

Another house price sentiment survey, carried out by Knight Frank and Markit, confirms that households in all UK regions perceive that the value of their home increased this month, with future growth predictions not as strong as those reported by Zoopla.

Homeowners in London and the South East perceived the highest rate of house price growth in October, the report confirms.

And while households in all UK regions expect house prices to increase over the next 12 months, they expect rises to be at the lowest rate recorded since February.

Knight Frank and Markit's report suggests that some 4.6% of households surveyed said they expect to buy a property over the next year, which is down from 5.9% in September and the lowest figure recorded since the question was added to the survey in April 2014.

“The slowdown in the house price sentiment index mirrors the easing in average house prices across the country, but the regional breakdown also underlines the regional and localised nature of the market, with households in London reporting much stronger growth than elsewhere in the country. The HPSI for London is some 17 points higher than the West Midlands,” says Gráinne Gilmore, Head of UK Residential Research at Knight Frank.

Tim Moore, senior economist at Markit, adds: “Looking at expectations for future house prices, the North-South divide in England has reached its widest since the survey began in early 2009. On average in the North, around 28% of households anticipate a rise in their property value over the year ahead, while 9% expect a decline. By contrast, in the South more than half (57%) predict an increase in their house price during the coming 12 months and only 4% expect a decline.”

The year is commencing with significant optimism, as prices have risen...